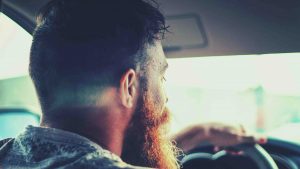 California has some of the most aggressive laws in place to help curb distracted driving. Actions that are prohibited include:

Obviously, even with these laws on the books, over 178,000 people chose to talk on a cell phone illegally and were caught and convicted for it. Who knows how many did so and were never caught for it?

Distracted drivers are dangerous to other motorists and pedestrians alike. They tend to follow too closely, ignore traffic control devices (traffic lights and stop signs), ignore posted speed limits, and fail to yield the right of way appropriately. Simply put, if you are paying attention to your cell phone or your lunch, you can not pay adequate attention to the road and those around you.  Distracted drivers injure and kill thousands of people every year, simply because they refuse to obey the laws. Californians recognize the danger and know that they are often taking their lives in their own hands when driving or walking on city streets. If you or a loved one has been injured in a motor vehicle accident in the San Francisco, Oakland, or Santa Rosa area, your rights need to be protected. Give the skilled personal injury professionals at Brod Law Firm a call today at 800-427-7020 or click here to set up your initial consultation and find out how we can get you the results you deserve.