Several months ago, Dr. Conrad Murray was convicted of involuntary manslaughter for the role he played in bringing about the death of pop sensation Michael Jackson in 2009. That case was one of several similar cases that demonstrated California’s new resolve to go after irresponsible doctors more aggressively than in the past. Since that time, charges have been filed against other doctors throughout the state. 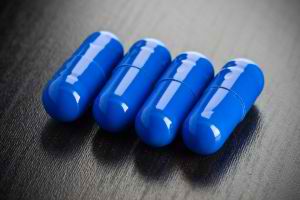 Our San Francisco wrongful death lawyer learned this week of a recent case in which charges were filed against a doctor, signifying an even stronger hand being brought to bear against those in the medical profession who misuse their authority as doctors. The case involves a doctor from the San Francisco bay area named Hsiu-Ying “Lisa” Tseng, who lives in the Bay Area. The doctor has been charged with murder in the deaths of three different young men between the ages of 21 and 28. All three died by overdosing on prescription medications that Tseng had prescribed for them. It appears that authorities believe Tseng was prescribing drugs with the knowledge that they were going to be used for recreational use. According to an article from CBS San Francisco, one of the young men reportedly drove all the way from Arizona just to get a prescription from Tseng.

While the murder case has only just begun and will likely continue on for at least a few months, if not longer, our San Francisco wrongful death lawyer knows that its outcome may mean more to the families of these young men than whether or not someone is held criminally responsible for their deaths. However, local residents should be aware that a criminal case is wholly distinct from a the civil case that might be filed in the case.

In civil court, the burden of proof is lower than it is in criminal court, so even if Tseng is not convicted, the families would still have a chance to prove their case in a civil court. However, as our Bay Area injury attorney knows, having a criminal court conviction in a case like this one is often a strong indication of a favorable civil court outcome more likely. For example, the criminal court conviction would go a long way towards making the doctor more amenable to settlement, rather than risking a higher verdict in court, because the doctor’s legal team may realize that if the evidence was enough for a conviction, it is also going to be enough for a verdict against her with a lower burden of proof.

CBS San Francisco also noted that the case against Tseng is one of many that have been filed against doctors in California with charges relating to alleged wrongdoing in their medical practices. Criminal charges are a great way to stop individual perpetrators and also to deter other doctors and make them more careful. In addition, personal injury and wrongful death lawyers help to provide financial incentives for doctors to be extra vigilant and be sure to follow all applicable guidelines when caring for their patients. Sometimes, the best method for combating carelessness in others is to make an example out of the most egregious offenders.