Serving as a law firm for Oakland auto accident victims, the Brod Law Firmour team is keenly aware of the dangers of drunk driving in Oakland and throughout Northern California. We have seen too many innocent residents injured by a driver who chose to ignore the law and show disregard for safety by getting behind the wheel of a car after consuming alcohol. While we are proud to serve victims, we are saddened by every needless accident. Despite police crackdowns and education campaigns, drunk driving remains all too common. 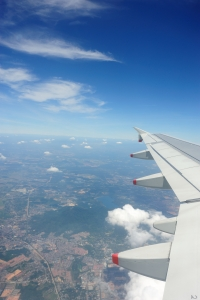 Given their frequency, DUI incidents don’t always make the news but The Oakland Tribune reported this week on an unusual twist on the mix of alcohol and vehicle operation – drunk flying. The air operations division of the California Highway Patrol noticed a small plane flying erratically during the afternoon hours of Tuesday January 2, 2012. In violation of federal aviation regulations, the plane flew as low as 50 feet from the ground and a mere 100 feet from highway traffic. The CHP used the plane’s tail numbers to identify the plane which was registered in Pennsgrove. When the pilot landed at the Petaluma Municipal Airport, authorities approached and immediately noted the smell of alcohol on the sixty-two year old pilot’s breath. After administering field sobriety tests, the CHP arrested the pilot on suspicion of flying while intoxicated.

The Federal Aviation Administration reports a significant increase in serious pilot errors when the pilot’s blood alcohol concentration (“BAC”) is above 0.04% and a decline in flying skill with levels as low as 0.025%. This is significantly lower than the 0.08% BAC level that constitutes a DUI for a California driver. In recognition of the risks posed by an incapacitated pilot, federal regulations prohibit flying within eight hours of alcohol consumption or when the pilot has a BAC above 0.04%. The FAA recommends even greater caution, suggesting that pilots refrain from drinking alcohol for twenty-four hours prior to takeoff. FAA material also caution that hangover symptoms can significantly impair skills even if the pilot’s BAC has returned to a legal range.

Flying is generally one of the safest modes of transportation but a plane is only as safe as its pilot. While an intoxicated pilot would hopefully be identified at a larger facility, it may be significantly easier for a private pilot to step into the cockpit while under the influence of alcohol. A pilot whose reflexes are dulled by alcohol could pose a risk to countless innocent bystanders. The Brod Law Firm team has the experience necessary to help aviation accident victims in Northern California.

If you or a loved one has suffered an injury due to someone else’s negligence, please contact our Oakland personal injury attorney. Our law firm always offers a free consultation to discuss your unique case. Most of our personal injury cases are handled on a contingency basis so there is no fee for our services unless you recover compensation for your injuries.