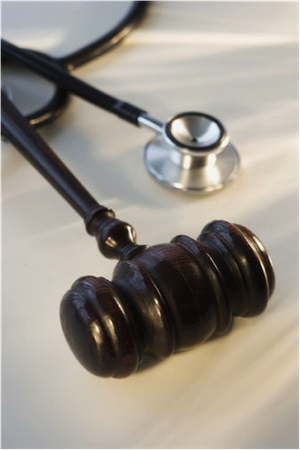 An annual California Employer Health Benefits Survey came out this week with bleak news for California insurance consumers. It polled 770 benefit managers at private companies in the state from July to October 2011. The bottom line of the survey was that fewer companies offered health insurance in 2011 and those that did charged more for it. Those of us who practice insurance law in California are naturally concerned about these newly released statistics and what further impact the numbers could have as the health insurance market feels pressure from the economic downturn.

In California, 63 percent of workers have employer-sponsored health insurance, down from 73 percent two years ago. And premiums for these health plans rose by an astonishing 153.5 percent since 2002, more than five times California’s inflation rate for the same period. About 25 percent of employers either reduced benefits or raised costs on employees in 2011. A large part of this is due to the economic downturn of the last few years coupled with steadily rising costs. And there is no end to this trend in 2012 as 36 percent of California employers stated they are either somewhat or very likely to increase the amount employees pay this year. This upward trend in costs has been present for several decades, but the dramatic upturn in the numbers in this most recent survey are still striking even to experienced San Francisco insurance lawyers.

The numbers are especially alarming considering consumers are getting fewer benefits for their money, as well. The insurance benefits decreased at the same time as co-pays, deductibles, and premiums rose dramatically in cost for the employee-consumers. And employers are paying more than average in California, as well. They contribute, on average, $5,000 per single employee and nearly $12,000 a year for family coverage.

With health insurance squeezed from all sides, Californians should take extra care in being aware of what benefits they are entitled to and informed about their health care policy and what choices they have. A San Francisco insurance attorney can help you understand your insurance and can be your most important resource if you are denied benefits from insurance companies trying to find even more ways to earn more money. As a representative of Consumer Watchdog, a non-profit, stated, the premiums have gone up five times more than inflation and the money is going somewhere. Even accounting for higher costs, the insurance companies’ greed is powerful. Insurance consumers need to be vigilant of their own interests, since the companies’ interest is profit, not your health.

Some of these spiraling costs should be ameliorated, according to industry expectations, in 2014 when the full implementation of President Obama’s healthcare law will go into effect. However, that is still two years away. Also, a measure in the California legislature to regulate health insurance rates failed last year, even though 35 other states have this ability. Remember for now that often being informed is your best option as a consumer in a difficult insurance market.