Our Sacramento train accident lawyer was saddened this week to see a local tragedy dominating both Northern California and national headlines. As details of this sad accident emerge, we wanted to take a moment to comment on transit safety and the importance of Sacramento personal injury lawsuits in holding parties responsible for their actions. 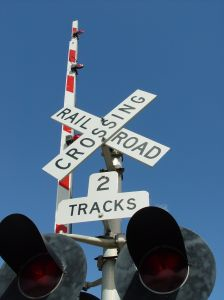 Investigators are still examining the accident but it appears that the driver of the SUV attempted to drive around a lowered guardrail. The Bee reports note that this behavior is often the result of driver frustration which can be multiplied where light-rail and freight trains share tracks resulting in increased delays for automobile traffic. This appears to have been a factor in the weekend accident where the gate arms remained lowered for seven and a half minutes as two freight trains passed before the commuter train arrived thirty-seven seconds later, travelling at between fifty and fifty-five miles per hour. It appears that the SUV’s driver assumed the second freight train was the final train and attempted to cross the tracks as the light-rail train arrived at the crossing.

The details of this horrific crash continue to emerge. Sadly, each year brings several Sacramento train collisions with forty-six incidents of a train and car colliding in the period between 2000 and 2011. These accidents caused twenty-three reported injuries and nine deaths. Authorities are considering whether double gate arms might help prevent collisions by blocking a greater swath of roadway. Signage warning of the possibility of multiple trains is also being considered, especially where the driver’s view of the tracks is compromised by soundwalls.

Although fault in this case remains under investigation, the Sacramento personal injury lawyer at The Brod Law Firm knows that legal action can be an important part of positive change. Authorities clearly recognize that more could be done to enhance crossing safety but this knowledge does not always result in action. A properly filed personal injury lawsuit can not only compensate victims but can also spur true change. Knowing that they may be held accountable for dangerous crossing conditions can lead transit authorities to make changes that will prevent future tragedy.

Victims of train accidents should reach out to experienced legal counsel to discuss whether an injury lawsuit may be appropriate. Our team offers a free consultation in which we will examine your case and discuss how a lawsuit can provide needed compensation for the victim and their family. Remember that compensation is a victim’s right and that injury-related lawsuits also serve an important social role by encouraging future precautions that can prevent additional accidents.