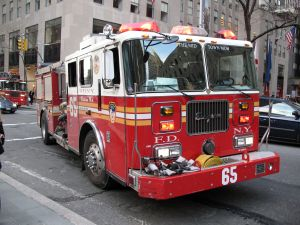 Home fires can be sparked by a myriad of causes. The Oakland Tribune reported on an early morning blaze on Tuesday at the 900 block of 37th Street. Fire teams from the Oakland Fire Department responded to a call at 3:55AM and were able to put the flames out in relatively short order. The fire took place in a two-story, four-unit building and, despite being controlled in only fifteen minutes, displaced four residents. The fire was sparked by an old-fashioned oil lamp that a resident accidently knocked over while using it to provide life when preparing a late-night (or, perhaps more accurately, early morning) snack. After tipping, the lamp ignited curtains and grew beyond the resident’s control. Thankfully, the apartment resident was able to wake his neighbors by knocking on walls and doors. No one was harmed in the fire.

A second fire also occurred in the early morning hours, this one on the 800 block of Page Street in Berkley. The fire caused damage to a residential art gallery and displaced two individuals from their housing. While battling the blaze, called in at 3:23 AM and extinguished at 4:08 AM, two firefighters incurred minor, undisclosed injuries. No estimates of the damages have yet been released and the cause remained under investigation at the time of the Oakland Tribune report.

Fires have a myriad of causes and can cause significant and lasting property damage, in addition to personal injury. Problems can result from the flames themselves, smoke damage, water damage, or other damages due to firefighter’s attempts to access the space and control the flames. Damage can be hidden, impacting the structural integrity of the dwelling or harming plumbing or electrical systems. Owners or renters should have the home examined by an expert who specializes in fire damage inspections.

Insurance companies will often take steps to avoid paying a property damage claim by blaming the fire on the homeowner’s own actions or on an otherwise excluded cause. Companies make act improperly by failing to responding promptly to claim-related communications, failing to attempt fair and equitable settlement of good faith claims, offering an unreasonably low settlement to force claimants to institute litigation, requiring extraneous paperwork and similar administrative burdens, failing to pay an undisputed claim in a timely manner or undervaluing damages property. Claimants should protect themselves by carefully reading their policy, documenting all damages with photos and accident reports and keeping detailed records of all interactions with the insurance company.

If you’ve been injured or suffered damages in an Oakland fire and your insurance company is failing to pay proper claims, please contact our Oakland insurance dispute attorney. We can help you obtain the damages that the law allows and aid you in moving forward from the tragedy.