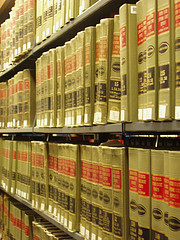 Often the law is an effort to resolve two competing interests. For example, traffic laws balance personal freedoms with safety concerns and tax laws balance a need for government services with the reluctance to pay for shared services. We have previously mentioned the law of sovereign immunity, a balancing decision that often protects a government institution while taking away an injured person’s right to recover damages. Last week, a federal court sitting in California looked at a question of government immunity and ruled in favor of a seriously injured individual, a decision our Berkeley injury attorney applauds for treating a government like any other business when it engages in commerce like a private entity.

Berkeley Woman Loses Legs Following Fall at Austrian Rail Platform
The dispute, covered in a San Francisco Chronicle article, arose when Carol Sachs was visiting Austria in April 2007. Sachs claims she slipped, falling through a gap to the tracks as the doors to the train she was attempting to board closed and the cars began to move. She alleges these events caused severe injury that resulted in doctors amputating both legs above the knee. Sachs filed suit in San Francisco accusing OBB, the Austrian national railroad, of negligently operating the train, not providing a safe boarding area, and failing to warn of the dangers. OBB denied any negligence, suggesting the train was already moving when Sachs attempted to board. As a preliminary matter, however, OBB asked the court to dismiss the suit based on government immunity laws.

Ninth Circuit: No Immunity for Government Rail Agency that Sold Tickets in U.S.
U.S. law provides foreign nations with a special immunity, shielding them from suits based on government actions. However, the law does not extend to an agency of foreign nation that engages in commercial activity within the United States. On Friday, the Ninth Circuit Court of Appeals ruled 8-3 that this exception applied, allowing Sachs’ claim because of OBB’s relationship with ticket sellers in the U.S. Sachs had purchased a Eurail pass from a Massachusetts company that obtained the pass from the Eurail Group which is controlled by OBB in conjunction with 30 other European railroads. In the majority opinion, Judge Ronald Gould said Congress intended to allow suits in U.S. courts against government-owned transit groups that sell tickets via U.S. agents. He said that OBB implicitly agreed to properly care for passenger safety when it authorized U.S. ticket sales, thus submitting itself to a possible negligence claim in a U.S. court.

The dissenting opinions suggested Sachs should be required to sue in Austria, with one citing the fact that OBB didn’t manage Eurail Group or the ticket seller and another citing a lack of jurisdiction over events that occurred in Austria. The railroad has not said if it will file an appeal with the Supreme Court.

Government Immunity: Principle & Practice
The U.S. Department of State discusses the concept of foreign government immunity on its website. Although the page explains the historical (and continuing) importance of immunity, it notes that immunity became less desirable as nations began to engage in commercial activities. As the State Department explains “Immunity deprived private parties that dealt with a state of their judicial remedies, and gave states an unfair advantage in competition with private commercial enterprise.” This conflict is resolved by continuing to hold governments immune from suit in another nation’s courts with respect to government activities, but allowing suit when the government engages in the same sort of actions that may be undertaken by a private party.

There are many important reasons for the immunity of both foreign and domestic government entities. However, since respecting immunity can mean sacrificing an injured party’s right to compensation, it is important that these immunities do not extend beyond reasonable boundaries. If your injury claim involves a government agency, a government official, or another form of government entity, you need an attorney who understands this complicated area of law. Attorney Greg Brod, a government immunity attorney in California, has the knowledge and experience critical to guiding injury plaintiffs through immunity issues.

Call to arrange a free consultation.