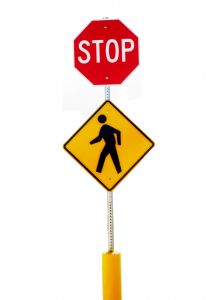 When a motor vehicle strikes a pedestrian it’s not hard to figure out which side is more likely to come out on the losing end with respect to injuries. But what makes an encounter between a motorist and a pedestrian even more problematic for the latter is when the motor vehicle collides with a person and then leaves the scene. Sadly, the deadly problem of hit-and-run collisions claimed another life on the streets of San Francisco on Thursday, a deadly turn of events that Bay Area pedestrian accident attorney Gregory J. Brod has seen all too often and which, unfortunately, is a growing menace across the country as well as in San Francisco.

According to the San Francisco Chronicle, Kurt Dalen, a 30-year-old artist and graduate of the San Francisco Art Institute, was crossing Valencia Street near Clinton Park at 2:45 a.m. Thursday when he was hit by a dark, four-door sedan that then fled the scene. Dalen, whose figurative paintings were greatly inspired by the surrounding Mission district, was taken to San Francisco General Hospital, where he later succumbed to his injuries.

A San Francisco Police Department probe has been launched, and department investigators are searching for leads into the death of Dalen. But at this point the SFPD can neither detail exactly how Dalen was hit nor identify the driver who hit him or his whereabouts.

The tragic death of yet another pedestrian struck by a hit-and-run motor vehicle in San Francisco and the Bay Area is unsettling news on its own. However, the latest hit-and-run fatality in this region has added another statistic to the troubling upward trend nationwide of hit-and-run collisions.

The most recent data available from the National Highway Traffic Safety Administration and the AAA Foundation for Traffic Safety make the disturbing growth in hit-and-run collisions all too clear, including these statistics:

In response to this growing deadly trend, many states have enacted tougher laws to punish drivers involved in hit-and-run crashes, but the punitive measures are often cold comfort for the victims left trying to recover from such encounters or, worse yet, don’t live to tell the tale of what happened to them.

As in the case of any roadway accident, it is important for the injured parties in a hit-and-run collision, whether they be pedestrians, passengers, bicyclists, motorcyclists or motor vehicle drivers, to contact an experienced personal injury attorney as soon as possible. If you or a loved one has been injured or killed in a hit-and-run collision, please contact the attorneys at the Brod Law Firm for a free consultation.
-James Ambroff-Tahan contributed to this article.