Sometimes safety decisions are much more complicated than they appear at first glance. In theory, everyone would be in favor of the use of flame retardant materials. Home fires can be devastating financially and we hear all too often of lives lost in residential fires. However, some of the materials used to create flame retardant items, including furniture, pose significant health risks and the toxicity may mean the products pose more dangers than they prevent. As a Northern California toxic tort law firm, our team is following the debate closely so that we can be prepared to help residents of our region who are injured due to dangerous chemicals in their homes or workplaces. 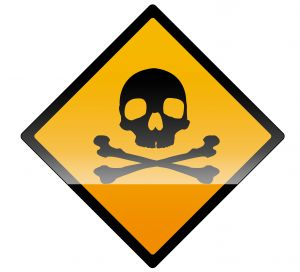 As reported in The Sacramento Bee, Governor Jerry Brown is urging state regulators to reduce the use of flame retardant chemicals in household furniture manufactured, sold and used in California. Gov. Brown is part of a growing group that believes the chemicals are toxic and pose a threat to public health and the environment. His statement, delivered on Monday, addresses chemicals that are used in a wide-range of household items, including couches and high chairs. The directive urges regulators to reduce and eliminate the use of toxic chemical flame retardants and asks industry groups to find safer ways to meet fire safety standards.

This is not a new issue. Last year, the state legislature voted down a bill that would have allowed furniture manufacturers to avoid the use of these chemical flame retardants by creating an alternative test for fulfilling state fire prevention requirements. The Citizens for Fire Safety Institute, a group backed by the chemical industry, and other opponents said last year’s bill would raise the risk of fires. Furthermore, opposition groups suggested the bill would weaken California’s safety standards, a regime they praised as among the strongest in the nation.

State Senator Mark Leno, author of last year’s failed bill, disagrees. He praised Gov. Brown’s intervention and suggested it would help shift the debate. Sen. Leno said that Monday’s statement recognized that the use of toxic flame retardants posed serious public health risks and environmental dangers. Gov. Brown has asked California’s Bureau of Electronic and Appliance Repair, Home Furnishings and Thermal Insulation to review current rules and recommend changes to furniture flammability rules that he believes are outdated. The governor’s office is calling for improved standards that could reduce or eliminate the use of toxic chemicals while still ensuring fire safety. Those who support eliminating flame retardant chemicals suggest they can cause cancer and other health maladies. They also question the efficacy of the chemicals for fire prevention. One proponent of the change, Michael Green, compared the chemical companies who manufacture the “risky, unnecessary flame retardants” to tobacco industry spokespeople in their attempt to distort science and mislead the public and the government regulators. Green is the executive director of the Center for Environmental Health, an Oakland-based group focused on educating the public and eliminating industrial chemicals that they suggest harm our communities.

We hope that California’s government will make safety a priority as the legislature and the governor’s office investigate the use of chemical fire retardants. We also urge those who have been injured due to exposure to dangerous chemicals, whether in fire retardants or other products, to call our San Francisco chemical exposure lawyer. We can help you recover damages and we offer a free consultation to discuss your case.