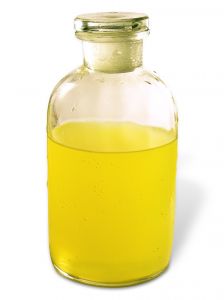 As guests at a Monterey hotel found out, hazardous material incidents are not limited to refineries, dry cleaners, or factories. Hotel officials and the Monterey Fire Department completely evacuated hotel guests as a result of a dangerous chemical reaction that occurred in the laundry room at the Portola Hotel.

According to KTVU news, a hotel employee accidentally mixed acid and bleach, which led to a release of chlorine gas. The Monterey Herald reported that sixteen employees and one guest were taken to various hospitals complaining primarily of respiratory problems, while KTVU reported that thirty people were taken to the hospital. The Environmental Protection Agency (EPA) lists the side effects of inhaling chlorine gas as headaches, burning sensation of the eyes and nose, difficulty breathing, and possible vomiting. Inhaling chlorine may also exacerbate pre-existing asthma or bronchitis. Asthmatic persons are at a higher risk for side effects from contact with chlorine.

Bleach is a commonly used in laundering, and many other common cleaners contain acid. Mixing of the two chemicals releases chlorine gas into the air and the mix of bleach and ammonia releases chloramines. Both chemical reactions cause similar symptoms in those exposed. Industries of all types should have procedures for handling and storing chemicals and other hazardous materials. Hotels and other businesses should train employees on safety procedures for the use of hazardous substances and provide examples of potentially dangerous chemical reactions.

The U.S. Fire Administration (part of FEMA), states that, by law, hazardous materials must be stored in their original containers. The law serves to prevent dangerous chemicals and other materials from being stored in either unlabeled or mislabeled containers. Chemicals that are known to be reactive when mixed should not be stored next to each other. Safety locks on cabinets prevent kids and pets from accessing hazardous materials and from spills during natural disasters, such as earthquakes. Additionally, protective clothing is a good idea when handling corrosive agents.

Persons who fell ill after being exposed to dangerous chemicals by a third party may want to consult an attorney to see if they might recover medical expenses and other damages.

The Brod Law Firm is committed to helping personal injury and toxic tort victims in the greater San Francisco and Sacramento areas. Call our dedicated legal professionals today for a free consultation.

See Related Blog Posts:
California Consumers Should Be Wary About Poisons and Pesticides in the Home