When we think of Northern California DUI accidents, we tend to think of alcohol. As your San Francisco personal injury law firm, the Brod Law Firm knows that other substances can also be dangerous when mixed with motor vehicles.

CNN reported last week on a study regarding marijuana and driving by a British Medical Journal. In the recent article, the journal reviewed nine prior auto accident studies involving nearly 50,000 participants. The authors, including Professor Mark Asbridge of Dalhousie University in Nova Scotia, concluded that the use of marijuana nearly doubled the risk of a vehicle collision. U.S. studies have found that marijuana is the most common illegal drug in vehicle crashes that result in driver fatality or injury to other individuals. 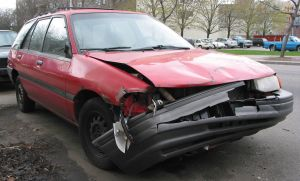 Alcohol is dangerous primarily because it limits reaction times, resulting in drivers who are unable to respond to ever-changing road conditions. In contrast, the primary danger of mixing marijuana and driving lies in the drug’ impact on spatial recognition. These limitations can lead a driver to follow too closely or to weave in and out of traffic lanes. Many users do not realize that their spatial ability is limited and may feel overly confident in their ability to drive after using marijuana. The impact also varies significantly from person to person based on differences in how cannabis is metabolized. In general, the active impact of marijuana lasts three to four hours.

Alcohol has been studied under controlled conditions but the marijuana studies were based on observational accident reports. However, Ashbridge’s study did try to remedy previous data limitations. The inactive metabolites of THC can remain in a user’s system for months after use and the British study attempted to narrow the data to focus on those drivers who had used the drug in recent hours when it would have an active effect on their driving ability. Reporting may still be limited because roadside testing for marijuana, while available, is less frequently performed than alcohol testing.

Marijuana use is a complex and contentious issue. Regardless of one’s position on legalization, the serious results of combining marijuana and driving needs more attention. The Center for Disease Control notes that about eighteen percent of fatal accidents involve drugs other than alcohol. In our own state, the California Highway Patrol reports drugged drivers are involved in nearly 1,000 vehicle injuries and deaths every year. In the ten years prior to 20009, the rate of vehicle fatalities involving drugs without alcohol increased fifty-five percent. States vary in their laws on the level of cannabis that constitutes impairment with California and thirty-four other states leaving the judgment of impairment to the discretion of police officers
Driver education should include the dangers of drugs and driving alongside the lessons on alcohol. Those who ignore the danger and get behind the wheel while high should be held responsible for their actions. If you were injured in a San Francisco marijuana crash, our San Francisco auto accident attorney can help you recover compensation for your injury and financial losses.