In yesterday’s blog entry, we discussed the tragic death of a woman injured in the Napa earthquake. While that post looked at the cause of that injury, a television toppling over during the quake, this blog entry takes a closer look at the injury itself, a subdural hematoma. Intracranial hematomas are a type of brain injury that can be fatal or can have lifelong consequences. They often result from a blow to the head, such as might occur in a traffic accident, a serious slip and fall, or even an assault. As a Northern California brain injury lawyer, Attorney Greg Brod represents clients who have faced these difficult injuries and families who have lost loved ones to this sometimes quiet killer.

Brain Injury Leads to First Reported Death Tied to Napa Quake
As detailed by the San Francisco Chronicle, Laurie Anne Thompson has become the first reported person to die as a result of injuries incurred in last month’s 6.0 magnitude earthquake. At home when the quake struck, Thompson was hit in the head by a television that fell from its stand. Although she was briefly knocked unconscious, Thompson refused to seek treatment immediately, saying she only had a dull headache. The next day, however, family members noticed she had become disoriented and seemed to be speaking slowly. They persuaded her to go to the doctor, but she wanted to shower first. Thompson then collapsed and suffered a seizure.

Doctors diagnosed Thompson with a subdural hematoma and began draining blood and fluid from her brain. Although she made progress for seven days, Thompson’s health later declined and she died on Friday September 5 at a Napa hospital. According to the coroner, she died due to an intracranial hemorrhage suffered in the quake. 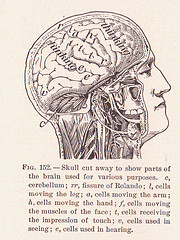 Intracranial hematomas are potentially deadly and timely treatment is key, a medical reality complicated by the fact that a patient may seem fine immediately (“the lucid interval”) following the injury. Symptoms, which can start immediately or can take weeks to develop, include: Worsening headache; Dizziness; Sleepiness; Vomiting; Loss of consciousness; Confusion; Uneven pupils; and Slurred speech. Without treatment, this can progress to include seizures and unconsciousness. Often someone who knows the patient can see signs of a change that the patient themselves misses. Generally, one should seek treatment following a blow to the head if you have any of the above symptoms or you lose consciousness. Surgery is needed for a large portion of hematomas and can include a localized drain or a craniotomy which involves opening the skull to remove larger amounts of blood.

Understanding Intracranial Hematomas: Outcomes
Death is a very real possibility, especially when a hematoma goes undiagnosed. Some may recall the story of Natasha Richardson, an actress who suffered a head injury while skiing. As ABC reported, the 45 year-old initially declined treatment but was later taken to a hospital where she eventually died due to an epidural hematoma. For those who have surgery and survive, seizures are a significant threat. Anticonvulsants may be needed for up to a year and some patients need longer-term anticonvulsant therapy. Other long-term consequences following hematoma surgery includes: Memory and attention problems; Anxiety; Headaches; Sleep issues. Occupational and/or physical therapy may be needed for neurological defects.

Early Treatment, Effective Representation
The first thing we hope you take from this post is this – Head injuries are serious and, whether the injured person is you or someone you care about, insisting on prompt treatment is crucial, especially if the injured person shows signs of an intracranial hematoma. Another thing to remember — If you or someone you love suffered a blow to the head due to someone else’s negligence or wrongful acts and you suffer an intracranial hematoma, you need a good lawyer on your team who will fight to hold the responsible parties liable and help you recover money damages. You deserve a lawyer who understands the complex issues surrounding brain injuries. Attorney Greg Brod has the knowledge and experience to handle your civil law claim. Call our brain injury lawyer in Santa Rosa, Oakland, or San Francisco to learn how our legal team can help you and your family.