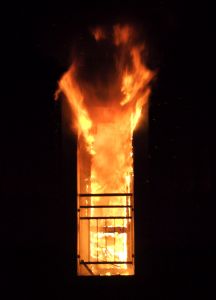 In the scheme of things, a fine or a single building code violation leveled against a landlord may not seem to be mean much to the layman, and there are plenty of responsible property owners who will properly attend to remediating the cause of the fine or violation. However, as San Francisco landlord-tenant law attorney Gregory J. Brod would point out, sometimes even a seemingly minor infraction can be the basis for a major incident.

That was the case, it turns out, with respect to at least one property in San Francisco recently. According to the San Francisco Chronicle, the San Francisco Fire Department issued two citations to a company that owns a Civic Center property in which the sprinkler system was improperly removed. The Build Group, Inc., of San Francisco was fined $1,000 for removing or disabling sprinklers at the former Renoir Hotel, which was consumed in a big fire August 4 that injured seven construction workers.

Build Group has been managing a $30 million renovation of the closed Renoir Hotel, which is slated to become a “high-end boutique hotel with 135 rooms,” two restaurants, a conference center and a rooftop bar, according to the company’s website. Construction work at the seven-story, 83,300-square-foot building has included seismic upgrades as well as remodeling.

The fire occurred when a spark, ember or flame from a welding torch spread from the second-floor crawl space and throughout the building at 45 McAllister St, according to SFFD spokeswoman Mindy Talmadge.

The SFFD issued Build Group a second $1,000 citation for removing the sprinkler system at another one of its construction sites, this one at 218 Buchanan St. Talmadge said that the company was instructed to leave the sprinkler systems at both of it sites intact.

Build Group, however, is appealing the citations because it believes it was following SFFD instructions and that it “never received a directive instructing the company to not remove fire sprinklers.”

One thing that is quite clear it that the SFFD believes that bringing the fire under control at the former Renoir Hotel would have been a much easier task had the sprinklers been in place, according to Talmadge. And since that is what sprinkler systems are designed for, the Fire Department’s assessment is not an unreasonable one.

Municipalities have building codes, fire regulations and other safety-related ordinances for a very valid reason: to help safeguard the lives and protect from harm the people who live or work in and visit their city. A seemingly minor infraction can, if not adequately addressed by a landlord, lead to unnecessary injuries or even deaths. In addition, a violation of the so-called implied warranty of habitability, a fundamental concept of landlord-tenant law that, under California law, mandates that every tenant has the right to a habitable unit, can be the basis for a tenant pursuing legal action against the landlord.

One of the last things we want to see happen is for a major fire to occur in a building filled with tenants. Nor do we want to see construction workers suffer on-the-job injuries due to a building fire, nor for our valiant firefighters and other first responders to get hurt while trying to contain a blaze. If you or a loved one has been injured or worse due to a violation of a building code or fire regulation, please contact the experienced attorneys at the Brod Law Firm for a free consultation.
-James Ambroff-Tahan contributed to this article.