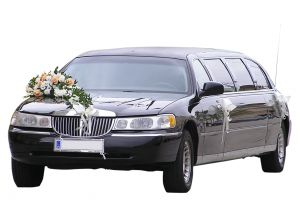 It’s reasonable to expect that a well-planned, memorable event such as a wedding day should unfold in a safe and enjoyable manner. However, as we were reminded in the case of the ill-fated limousine ride over the San Mateo-Hayward Bridge on May 4, even the best laid plans can, unfortunately, end in tragedy. Our San Francisco automobile accident attorneys have been carefully combing through this incident’s unresolved issues, especially in the wake of the California Highway Patrol’s briefing Monday on the fiery and fatal disaster that captivated the nation.

As reported by the San Jose Mercury News, after a three-month investigation the CHP revealed in a press conference Monday that it was a “catastrophic failure of the rear suspension system” that triggered the deadly fire inside a limousine crossing the San Mateo Bridge. As a result of the blaze, the bride and four other women, who were on their way to a wedding party, lost their lives. It’s still unclear why all nine women aboard the limo couldn’t emerge safely from its passenger compartment doors.

According to the CHP representative at the news conference, Commander Mike Maskarich, the limousine’s rotating metal driveshaft came in contact with the limo’s frame, generating friction and enough heat to ignite the fire, which turned Neriza Fojas’ wedding celebration heading for a party at a Foster City hotel into a fiery nightmare. “This unfolded very, very rapidly and the overall nature of this tragedy was not something that was foreseeable,” Maskarich said.

While the general nature of the tragedy may have been unforeseeable and, officials have stated, no criminal charges will be filed in connection with the fatal crash, outstanding liability issues are yet to be determined. Foremost among them are those concerning common carrier law found in California Civil Code Sections 2100-2104, which governs the operation of limousines, including why the limousine was carrying more passengers than its licensed limit. As stated in Civil Code 2102, “A carrier of persons for reward must not overcrowd or overload his vehicle. The limousine company will be fined $7,500 for the excessive number of passengers.

In addition, the fact that the 1999 Lincoln Town Car stretch limo’s suspension system failed and therefore placed it into catastrophic contact with its driveshaft could raise products liability issues in this incident. While the limousine had up-to-date maintenance records and was in compliance with state rules, according to officials, there remain some key questions to be answered. Of primary concern is whether the limousine became unreasonably dangerous as the result of a defect. More specifically, the failed suspension system may have been the result of a faulty product design, which, should a court determine existed, would have made the limousine inherently dangerous. Alternatively, the limousine may have become unreasonably dangerous as a result of an error in product manufacture or assembly, which also would be grounds for products liability.

While lawmakers in Sacramento have proposed new legislation to address inadequate safety features in limousines, pushing for such requirements as mandatory emergency exits and fire extinguishers, unfortunately those proposed improvements will be too late for those who lost their lives on May 4 as well as their family and friends. If you or someone you know has been killed or injured in a limousine accident, the experienced personal injury and products liability lawyers at the Brod Law Firm can give you the effective legal representation you and those you care for need and deserve.
-James Ambroff-Tahan contributed to this article.

Cause of Limo Fire Still Unknown as Calls for Regulation Increase