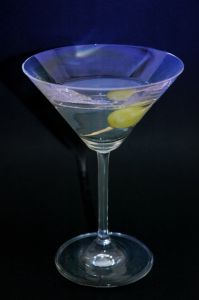 Bay Area law enforcement agencies are signaling to Independence Day weekend revelers that they will be out in force to crack down on those whose booze-fueled enjoyment of the long holiday weekend spills over into a motor vehicle excursion while driving under the influence of alcohol. The important safety advisory has San Francisco personal injury attorney Gregory J. Brod reflecting on the human costs of DUI drivers that are exacted every July 4 weekend.

Just as fireworks are on prominent display during the holiday, so too, unfortunately, do the number of traffic fatalities blamed on a drunken driving crash explode on July 4. Indeed, according to the National Highway Traffic Safety Administration, while 10,322 people were killed in DUI-linked crashes in 2012, 179 died on Independence Day alone, which is six times the daily average. In addition, over the course of the last four years, an average of 40 percent of all crashes that occurred on the holiday was blamed on a drunken driver. While the risk for being involved in an accident rises on July 4, it increases even more during the evening hours as DUI-linked traffic fatalities are two and a half times higher at night than during the day. And, because there are motorcyclists, bicyclists and pedestrians out on the streets as well as motorists who may be imbibing too much, the risk for injury for those groups of people is also higher during the holiday weekend.

The California Highway Patrol has made it clear that it will marshal a stepped-up presence during the holiday weekend in an effort to reduce roadway deaths and prevent injuries. The CHP’s so-called Independence Day Maximum Enforcement Period starts at 6 p.m. Thursday and continues through Sunday, July 6 at 11:59 p.m. All available CHP officers will be on patrol in the state to enforce occupant restraints, speeding violations and DUI for alcohol or drug violations. 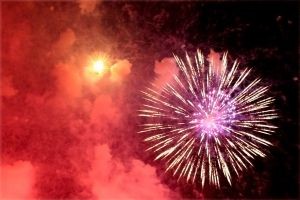 According to the CHP, the numbers in California paint a grim picture when it comes to traffic fatalities during the Independence Day weekend, as 56 people were killed in collisions throughout the state during the July 4 weekend in 2013 alone. Of those who died within the CHP’s jurisdiction, nearly 70 percent were not wearing a seat belt at the time of the crash. The CHP made more than DUI 1,500 arrests during the holiday weekend last year.

We hope that everyone enjoys a safe and happy Independence Day weekend. However, unfortunately, statistics suggest that the holiday weekend will be less than pleasant for some unlucky individuals who are victims of DUI-linked accidents. It is important for anyone who has been injured in an automobile accident, whether a DUI was involved or not, to seek legal representation as soon as possible, and we urge anyone in that situation to contact the experienced attorneys at the Brod Law Firm for a free consultation.
-James Ambroff-Tahan contributed to this article.