Most drivers have seen the bumper stickers that read: “Look Twice Save a Life – Motorcycles Are Everywhere.”  Tragically, many drivers fail to heed this warning.  Motorcycle accidents and motorcycle fatalities are far too common and often a careless or inattentive driver is to blame.  As an Oakland motorcycle accident attorney, Greg Brod advocates for riders and families whose lives are forever altered because of a driver’s negligence.

CBS SF reports that two motorcycle riders died after a crash on Highway 113 near Dixon this past Saturday.  At around 6:48 PM, California Highway Patrol officers were called to the scene of an accident near Hay Road in unincorporated Solano County.  Police believe that a 36-year-old woman was making a left turn in a 2010 Dodge Charger and failed to yield the right of way to two oncoming motorcyclists.  The riders, who were travelling at around 55mph on separate motorcycles, crashed into the car and both were ejected from their bikes.

Both motorcyclists, a 29-year-old male and a 35-year-old female, died at the scene.  CHP officials report that the driver of the car and a male passenger were taken to the hospital and later released.  Police say that neither alcohol nor drugs were a factor in the collision.

Each year, the National Highway Traffic Safety Administration (“NHTSA”) releases a report titled Traffic Safety Facts: Motorcycles.  According to the most recent version, released in mid-2015, 4,668 motorcyclists died and 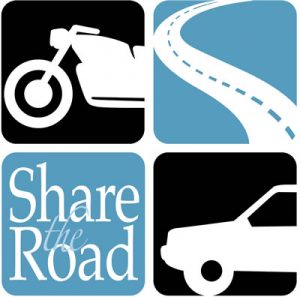 approximately 88,000 motorcycle riders were injured in traffic crashes in 2013.  California saw 435 motorcyclist deaths in 2013.  Of the riders who died nationwide in 2013, 94% were piloting the vehicle and 6% were passengers.  Looking at the rate of incidents in terms of vehicle miles travelled, motorcyclists were nearly 5 times more likely to be injured and 26 times more likely to die in motor vehicle crashes than occupants of passenger cars.

According to the NHTSA, in 51% of 2013’s fatal motorcycle crashes, the most harmful event was a collision with another vehicle in transit.  The report notes there were 2,182 fatal two-vehicle crashes involving a motorcycle and another type of motor vehicle in 2013.  In 42% of these incidents, the other vehicle was making a left-hand turn and the motorcycle was either going straight or passing/overtaking another traveler.  In 21% of the deadly two-vehicle crashes involving motorcyclist fatalities, both vehicles were travelling straight.

Road safety is a shared responsibility, requiring both riders and drivers to exercise care on the road.  May is Motorcycle Safety Awareness Month.  On its website for the Share the Road campaign, the NHTSA reminds Americans:

“Motorcyclists have all the same rights and privileges as any motor vehicle driver on the roadway. During Motorcycle Safety Awareness Month in May – and during the rest of the year – drivers of all other vehicles and all road users are reminded to safely “share the road” with motorcyclists, and to be extra alert to help keep motorcyclists safe.”

If you or someone you love was involved in a motorcycle accident and someone else was to blame, please call our motorcycle accident law firm in Santa Rosa, San Francisco, or Oakland.  Inattentive drivers whose carelessness leads to rider injuries or rider deaths must be held accountable and their victims may be entitled to compensation.

Motorcycle Accidents: The Cause Side of the Equation