Part of the attraction of roller coasters and other amusement rides is getting the thrill of risk and the rush of adrenaline while still having faith that you (and, often, your children) are safe. However, as illustrated by an incident that injured thirteen fairgoers in Connecticut on Sunday, amusement park injuries do occur. Our thoughts go out to the victims, seemingly all children according to a report in the Sacramento Bee. As a San Francisco injury attorney and a lawyer for amusement park injuries in Northern California, Attorney Greg Brod knows that such injuries can range from minor to catastrophic and even fatal. In California, the state’s highest court recently handed down a ruling about these injuries.

Background of the Case
On the final day of 2012, the Supreme Court of California issued an important ruling on the liability of amusement parks for injuries sustained by riders in California. The plaintiff in Nalwa v. Cedar Fair fractured her wrist while riding the bumper cars with her children at the Great America in Santa Clara on July 5, 2005. The trial court granted summary judgment to the park on the plaintiff’s negligence and willful misconduct claims, suggesting the plaintiff did not have a legal claim against the park. The Court of Appeals reversed that decision. In the ruling handed down on December 31, 2012, the state Supreme Court found in favor of the amusement park.

The Ruling: Limits on Liability in Certain Amusement Ride Cases 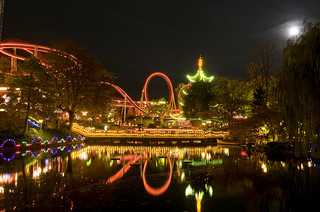 A key part of the ruling was the decision to extend a principle used in the context of recreational sports to the bumper car ride. The court held that the plaintiff took a risk when riding the bumper cars and that the risk of minor injury was inherent in the ride. Essentially, the court ruled that holding the park liable for a minor injury caused by a bumper car bumping would make it impossible to have such rides. The court found that the existence of safety regulations governing amusement rides such as the need for inspections did not mean the assumption of risk doctrine could not apply. Riders, per the decision, consent to some level of risk when boarding the bumper car ride.

Distinctions: Liability for Grave Injury and the Difference Between Bumper Cars and Roller Coasters
Importantly, however, the decision does not make amusement parks wholly immune from injury claims. The court noted that safety regulations do exist to protect amusement park customers from grave injury. While bumper cars are expected to bump and riders assume the risk of related minor injuries, the decision is unlikely to prevent a claim based on a bumper car suddenly catching fire.

Also, the court made a significant distinction between roller coasters and bumper cars. Roller coaster operators are subject to special duties as “common carrier[s] for reward,” a duty that also applies to trains and other modes of transportation. Common carriers owe their passengers the highest level of care because passengers entrust their safety wholly to the carrier. The court found this does not apply to bumper cars since riders still have a large amount of control during the ride and “are not passively carried or transported from one place to another.” In contrast, roller coasters are on fixed tracks and riders give up all control once they board and are buckled into the ride. Roller coaster injuries are therefore more likely to lead to liability.

California Amusement Park Injury Lawyer on the Status of Claims for Recreational Injuries
The Nalwa ruling places some limits on amusement park injury claims based on the nature of both the injury and the activity/ride. It also extends the recreational assumption of the risk concepts beyond the sports arena, a ruling that may open the door to application of the doctrine in other contexts. However, it is in no way a “death knell” for injury claims against amusement parks and similar institutions. Claims related to severe injuries remain valid. The “roller coasters versus bumper cars” distinction will almost certainly be developed in court as new cases are heard. Further, the decision is focused tightly on certain negligence claims. Other types of claims – like injuries stemming from defective rides, poorly trained workers, or inadequate safety instructions – still exist.

If you (or your child) are injured on a California amusement ride, call our office to schedule a free consultation. Our San Francisco amusement park injury attorney, who serves clients throughout Northern California and on a case-by-case basis in Central and Southern California, will evaluate your case to determine what claims exist and how we can help you obtain compensation for your injuries.