KRON reports that a serious accident involving a young pedestrian occurred in Antioch last weekend.  At approximately 1:55 PM on Sunday, a vehicle driven by a juvenile hit a parked car which, in turn, hit an 11-year-old girl near the intersection of Rockford Drive and Alumrock Drive.  Although police report that her injuries were minor and she is expected to recover, the child pedestrian was airlifted to Children’s Hospital in Oakland for treatment. 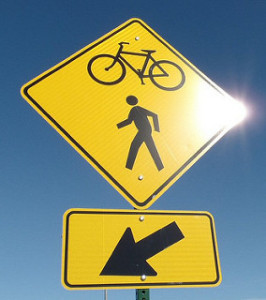 An Overview of OTS Statistics on Pedestrian Accidents

The California Office of Traffic Safety (“OTS”) compiles statistics on a range of traffic safety information and allows users to compare specific cities with other California cities of a similar size.  This information helps to identify traffic trends and potential problems as well as determine allocation of grant funding.  Importantly, OTS cautions that while the numbers and subsequent rankings may indicate potential problems, there are a range of factors that can impact the numbers in any given year.  2013 is the most recent year for which OTS’s site lists statistics at the time of this writing.

Pedestrian Accidents in Antioch: The Numbers

Pedestrian Accidents in Oakland: The Numbers

A Call for Safety, An Offer of Help for Victims

Attorney Greg Brod is a pedestrian accident lawyer in Oakland and also serves the surrounding communities.  Our entire team works hard to get accident victims the compensation they need and deserve.  Still, as members of this community, we would rather see accidents prevented than see people’s lives irreparably changed by a vehicle crash.  Please, be safe out there and help prevent accidents from occurring in the first place.  We’ll be here if you need us.