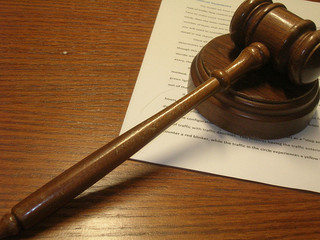 From single-vehicle car crashes to major industrial accidents, we believe in learning from tragedy. This is a value we share with the victims who come to us for help after their lives have been shaken by injury or loss. Preventing future incidents is one of the goals of injury litigation, a process that helps compensate victims and also helps avoid future tragedy by uncovering the cause of past events. It is a goal that can be especially important in the cases we handle as an Oakland industrial accident law firm and one we are reflecting upon this month as we note the one-year anniversary of the 2012 Chevron refinery explosion.

Public Demands Action Following Chevron Plant Explosion
A recent article in The Oakland Tribune recalled the events of August 6, 2012 when a unit at the Chevron refinery in Richmond burst into flames, sending a dark cloud of smoke across the neighboring communities. For many, the incident recalled the accident at the Tosco refinery in 1999 that left four workers dead. While no fatalities were attributed to the Chevron fire, some 15,000 residents sought medical attention in the aftermath of the explosion and several workers incurred minor injuries.

While prior incidents of a similar nature have often disappeared from the headlines with little long-term change, the Chevron explosion led to a wide-ranging investigation, legal action, and legislative response. Daniel Horowitz, the managing director for the U.S. Chemical Safety Board, expressed the shared hope that the response would help improve safety across the oil and gas industry. The director of Contra Costa County’s Hazardous Materials Division cited an increased concern for the health impact of industrial incidents as a motivating factor behind the public’s demand for a response. Community leaders and the populace as a whole sought a response that went well beyond the minor fines that followed accidents in prior years.

Response at the National, State, and Local Levels
This demand led to response at the national, state, and local levels. The Chemical Safety Board, a federal agency, instituted a full-scale investigation that cited systemic failures including a lack of preventative maintenance and inattention to warning systems. State action included an increase in the number of refinery inspectors, on-going efforts to improve industry regulation, and $963,000 in fines imposed by the state Division of Occupational Safety and Health. Richmond also responded with a suit against Chevron for damages stemming from company negligence, an action that marked the first time the city sued its top taxpayer. A company spokeswoman says Chevron has paid out over $10 million to residents, hospitals, and public service groups. The company also pled no contest to criminal charges, resulting in fines and restitution totaling over $2 million.

Hoping for Change, Advocating for Victims
We are hopeful that the response to last year’s explosion will lead to lasting change. The change is overdue, with the city’s current lawsuit citing fourteen separate incidents at the refinery since 1989. We remain dedicated to helping the victims of industrial accidents at the Richmond refinery and other sites throughout California. Please call if our Oakland industrial accident attorney can help you seek compensation for injuries stemming from industrial negligence. Together we can continue to send the message that safety failures will not be tolerated.