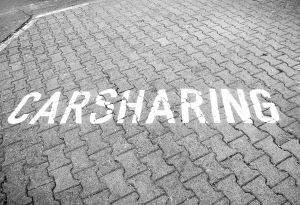 San Francisco Municipal Transit Authority (SFMTA) spokesperson, Paul Rose, acknowledged to the press that there is a dearth of taxi medallions being issued to cab drivers in San Francisco, according to the California Watch. While names of drivers languish on the waiting list, San Franciscans and visitors alike complain about the price and unavailability of taxis around the city. Standing on the corner of a busy intersection is no guarantee that an open cab will pass you by, but calling a cab company for pick up can be just as frustrating. The long wait times and lack of communication leave customers fed up, and they just may have left already by the time the taxi finally arrives.

According to the SFMTA website, it has sent out only 12 offer letters to purchase a medallion in all of 2012 to drivers on the waiting list. It had, however, issued 142 single operator permits as of May 2012. While the city drags its feet, entrepreneurs have been streamlining the idea of carpooling with a cash incentive for drivers. Companies like Lyft and Sidecar have entered the San Francisco market in recent years. Drivers may sign up with one of the services if they have a clean driving record, pass a criminal background check, and who have a valid driver’s license, proof of registration and insurance, among other basic requirements. Pedestrians looking for a ride use a mobile app to determine which car is closest to them, then they send out a ride request. Payment takes the form of a “donation”, meaning the passenger pays what they think is fair. Patrons often pay less than they would for a cab, the driver keeps the “donation”, and Lyft or Sidecar, takes 20% off the top. Sidecar also allows passengers and drivers to rate each other on its mobile app.

In an interview with Time, the co-founder of Lyft, John Zimmer, responded to questions about the potential for push back from San Francisco taxis rather optimistically saying, “We haven’t heard from them…I think they’re watching very closely to see if they can learn something.” Instead, taxi owners have complained that these services are running illegal taxi companies. They bristle when comparing costs for themselves and for the ride share drivers. Taxi drivers must maintain million dollar insurance policy, they must purchase a taxi medallion, and they must pay the other costs of a highly regulated industry. Meanwhile, the ride share drivers are required to have the minimum insurance required in California for personal policies, as the companies maintain they are a matching service and not a transportation carrier.

The SFMTA has not decided what to do about the up and coming pay per ride carpooling industry. It remains to be seen whether a basic car insurance policy is sufficient to cover damages in the event of an accident involving a passenger who signed up for a ride with one of the carpooling services. Once damages go beyond the insurance policy’s limits, will the service provider be liable as well? According to Lyft’s Terms of Agreement, “Such Driver will be solely responsible for any and all liability which results from or is alleged as a result of the operation of the vehicle such Driver uses to transport Riders, including, but not limited to personal injuries, death and property damages.” Sidecar’s Terms of Agreement also denies the company has any responsibility for damages associated with a ride matched through its service. In the future, the city of San Francisco or other governmental entities could have the last say.

Gregory Brod is an experienced personal injury attorney practicing in the San Francisco Bay Area and beyond. Please contact the Brod Law Firm today if you have been hurt in an accident and you have questions about recovering damages for your injuries.