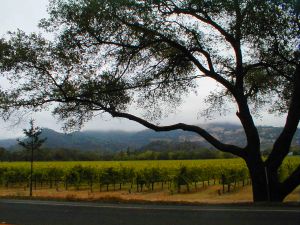 Motorists face enough perils on the road, from unsafe driving conditions to distracted or drunken drivers and more to make driving an inherently risky proposition. Whenever there is a collision involving a motor vehicle it is often the passengers who bear the brunt of such incidents. And, as Santa Rosa automobile accident attorney Gregory J. Brod would point out, children are often the most vulnerable persons in a collision, a fact that was sadly evident in a deadly head-on collision in Carneros on Sunday.

According to the Napa Valley Register, the collision occurred when a Chevrolet Equinox sport utility vehicle collided with an oncoming Lexus RX 450 SUV at about 3:30 p.m. on Highway 12/121. Both vehicles were reportedly traveling at the posted speed limit of 55 mph when, witnesses say, the Chevrolet crossed the double-yellow line into the path of the Lexus and the two vehicles collided head-on. The crash occurred on a curved portion of the roadway and its cause is still undetermined.

What we know, however, is that a 4-year-old Napa boy who was a passenger in the Chevrolet died in the crash, while his mother, Ariel Kirk, 25, who was not the driver, was injured. The boy was strapped into a booster seat that had a base-only apparatus, but the lap and shoulder seat belts were in use. The condition of Flavio Castellanos, the 23-year-old driver of the Chevrolet, is unknown, as are the conditions of John Watanabe, 66, the driver of the Lexus, and his wife and passenger, Cindy Pawlcyn, 58, a well-known St. Helena restaurateur.

According to the National Highway Traffic Safety Administration, during 2012, there were 33,561 traffic fatalities in the United States, of which 1,168, or 3 percent, were children 14 and younger. The latest data also showed that motor vehicle crashes were the leading cause of death for children age 4 and every age 11 through 14 in this country.
However, the NHTSA also posted these statistics, some of which were grim while others more encouraging:

Part of the reason for the decrease in traffic fatalities among children 14 and younger from 2003 to 2012 may be attributable to the use of restraints, such as lap/shoulder seat belts. In 2012, there were 4,888 passenger vehicle occupants age 14 and younger who died in a motor vehicle crash. In cases where restraint use was known, 18 percent of the children were unrestrained; but among those children who were fatally injured, 40 percent were unrestrained.

There are many unanswered details concerning the roadway tragedy in the Wine Country last weekend that took the life of a young boy and injured several other people. In any such circumstance, it is important for the injured party to seek medical attention and experienced legal counsel as soon as possible. If you or a loved one has been injured or worse in an automobile collision, please contact the experienced attorneys at the Brod Law Firm for a free consultation.
-James Ambroff-Tahan contributed to this article.