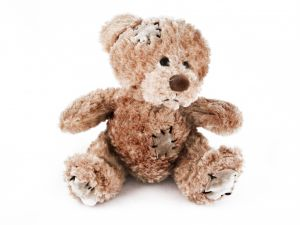 While nothing can ever undo the harm caused by child molester, our San Francisco abuse lawyer is always gratified to see justice served and evil punished. The recent sentencing of a San Francisco child molester reminds us that the criminal justice system can work to penalize those who violate the law and the standards of common decency. This case also serves as an opportunity to remind residents that our dual legal system provides both the opportunity to punish offenders and the opportunity for victims to recover monetary damages for the harm done. The wrong cannot be undone but the system can provide compensation to help victims move forward after an egregious harm.

On Sunday, the San Francisco Chronicle reported on the sentencing of a repeat child molester. The investigation against Julius Lewis began in 2006 when a six year-old girl, a friend of Lewis’s daughter, reported that she had been molested by Lewis. In addition to charges related to that victim, the case included charges that Lewis molested his step-daughter beginning in 1989. Some of the acts occurred during the time Lewis lived in Texas and had also served a prison sentence there for indecency with a child. Lewis was convicted in September on five counts of lewd acts with a minor and was sentenced this past Friday to twenty-nine years in prison.

It is important to remember that our judicial system has separate and distinct courts for civil and criminal charges. A conviction in criminal court represents official authorities imposing punishment on a wrongdoer for violating the law. The civil system, in contrast, focuses on redressing the wrong done to a victim. An abuse victim in San Francisco can bring a civil suit regardless of whether criminal charges are successful and even if no criminal case is filed. Criminal convictions can be a huge psychological win for a victim but only a civil suit can help them recover damages for their experience. While no amount of money can undo the acts, it can help the victim access resources to help them recover from the emotional and physical trauma. A civil victory can also allow the victim to feel truly heard.

California law recognizes that child victims may be unable to speak about the abuse while it is ongoing. As such, the law allows victims to file civil child abuse claims until their 26th birthday. The law also recognizes that victims may repress the memory of the abuse, a survival technique of sorts. If a victim recovers the memory of the abuse at a later point, the limitations period can be expanded to allow the claim to be filed within three years of the time the memory surfaces.

The numbers are frightening, especially for parents. Statistics suggest one in four girls and one in six boys will experience sexual abuse prior to their eighteenth birthday. At The Brod Law Firm, we applaud criminal convictions that show that California will not tolerate these horrible crimes. We also urge the adult victims of childhood sexual abuse or the parents of current victims to consider a civil lawsuit. It will not undo the harm, but it can help the victim afford treatment and give them a sense of that their voice has been heard. As an experienced San Francisco victim’s law firm, we can help you pursue justice. We also hope all abuse victims will seek help from a specialized mental health practitioner to assist them in moving forward from the harm.