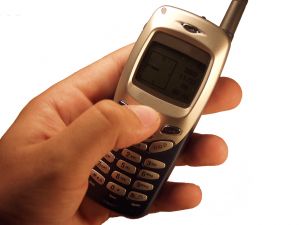 On the heels of the New Year’s celebration, we are well aware that drinking and driving make for a deadly cocktail, and yet every holiday there is a significant increase in the number of arrests for driving under the influence of alcohol and, unfortunately, the number of injuries and fatalities on roadways. And just as in the case of drinking and driving, San Francisco personal injury attorney Gregory J. Brod would point to another strong correlation that results in injury and death on our highways – cellphone use and driving.

The latter deadly combination was driven home through a study published New Year’s Day by the New England Journal of Medicine, as reported in the Los Angeles Times. In the NEJM’s report, the act of attempting to dial a phone while driving will increase the risk of a crash or near-accident more than any other type of distraction. Other related top risk factors for distracted driving that triggers an accident include reaching for a cellphone, texting or using the Internet, looking away from the road toward an off-road object, and eating.

Another factor from the study’s findings that increases the chances of a crash is if the driver is a novice. The report found that less-experienced drivers tend to be more prone to getting into trouble than their more seasoned counterparts because the former are often more inclined to try to do something other than paying attention to the road.
Some of the statistics from the report include the following eyebrow-raising numbers:

Interestingly enough, the one activity that drives up the risk of a crash or near-crash for experienced drivers is dialing a cellphone. In such cases, the odds of a seasoned driver getting into an accident or other trouble on the road are 2.49 times more likely. However, the report also found that the more experienced a driver is, the more likely they will take their eyes off the road for some reason. Apparently, that behavioral trait can be blamed on a motorist’s increased level of confidence as they gain more experience driving.

Whatever the age group involved, motorists need to get the message that distracted driving, particularly the urge to use one’s cellphone, is a very risky venture that can result in the injury or death of innocent people sharing the road with them. If you or a loved one has been injured or killed in an accident involving a motorist who was distracted while driving, please call the experienced attorneys at the Brod Law Firm for a free consultation.
-James Ambroff-Tahan contributed to this article.