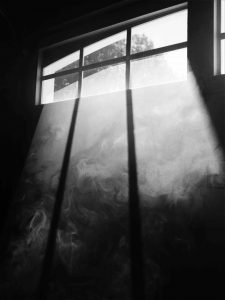 In January of 2017, San Francisco authorities discovered that there were 20 to 26 people living in squalid and unsafe conditions in the basement of The Clean Wash Center on Mission Street. The basement had been home to dozens of people, ranging in age from 12 to 72 years old, for more than a decade and was known as 5 Persia Avenue – a made up address. Some of the tenants are undocumented immigrants and many do not speak English well. Despite the poor conditions, they were charged up to $1,000 per month for a small room.

This is an extreme example of the illegal and unsafe conditions many tenants are forced to endure throughout San Francisco, particularly immigrants who may be unaware of their rights or face a language barrier when searching for accommodations. However, tenants have numerous rights based on federal, state, and local law. If you or someone you know is living in substandard conditions, contact the local authorities or call a San Francisco tenants’ rights attorney from Brod Law Firm to learn about your options.

Acting on an anonymous tip, the San Francisco Fire Department found the illegal basement apartments. Upon inspecting the premises, they found there was only one working shower, cockroach and rat infestations, rooms illegally created with drywall partitions, exposed wiring, poor ventilation, extension cords used for fans and space heaters, and numerous other fire code violations. The one entrance and exit to the basement was 200 feet from the farthest makeshift “unit.” The basement was not up to fire code and Lt. Jonathan Baxter stated that the basement was a “death trap.”

Tenants Left to Find New Homes in a Difficult Market

The owner of the building, Melissa Mendoza, and the landlord and master tenant, Ernesto Paredes, were given a month to bring the building up to code. When an inspection a few weeks later showed no improvement, the residents were given 48 hours to vacate the premises. Most of the residents had nowhere to go. Many found it difficult to find new places, and seven individuals are still living in a shelter.

The tenants brought suit against the landlord and building owner, stating that their having to leave was a no-fault eviction, entitling them to moving expenses. They also asked for reimbursement of rent and compensation for severe emotional distress stemming from the poor conditions and Paredes cutting off power to the basement in late January. Mendoza was ordered to pay $4,262 per unit in relocation benefits to individuals who could prove they had lived in the basement.

In addition to the relocation benefits, the owner and the master tenant of the basement apartment and laundromat is facing a lawsuit brought by City Attorney Dennis Herrera in August. Herrera is asking the court to require the landlord to bring the building up to code, pay civil penalties for the fire code violations, and pay restitution to the previous tenants.

If you or someone you love is living in substandard conditions or believes their landlord is violating their rights, call an experienced San Francisco tenants’ rights attorney from Brod Law Firm at (800) 427-7020 to schedule a free consultation.