More and more Americans are looking to avoid too many processed chemicals and purchase more natural food products. While some people inspect every ingredient list, many rely on claims on the face of the product. Food labeling is a complex mix of marketing and truth, making it inevitable that consumers would eventually call a company to task over labeling claims. 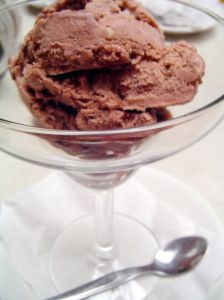 Overview & Initial Rulings in Case About Food Labeling
Our San Francisco class action law firm is closely following a developing case about the use of the word “natural” on food labels. A group of plaintiffs filed a class action in a California federal court against Dreyer’s Grand Ice Cream. As detailed in a newsletter for the supermarket industry, the plaintiffs challenged the company’s labels and advertising that called certain products “all natural.” The class asserted that the claims were false and misleading given that the products contain between one and five synthetic and/or artificial ingredients (these will collectively be referred to as “artificial ingredients” in this article) and because one package fails to disclose that the cocoa in the product was processed using artificial agents.

The court recently released a decision on the company’s motion to dismiss. In the ruling, the court dismissed certain claims brought under a federal warranty act, finding that the presence of artificial ingredients does not constitute a defect under the specific law. The court next turned to the false advertising claims filed under California state law. As an initial matter, the parties argued about issues of preemption and Dreyer’s suggested they complied with federal labeling regulations so could not be found liable under state law. In response, the plaintiffs asserted that the state law borrows from the federal standards and that the company failed to meet either making them liable under the state provision, specifically California Business & Professions Code section 17200.

Court Allows Plaintiffs to Proceed on Claims that “Natural” Label May Be Misleading
Moving on to the substantive claims, the court agreed with the plaintiff class that a reasonable person could interpret the phrase “All Natural Flavors” to mean “all natural ingredients.” In doing so, the court declined to dismiss the claims on that basis. The court did suggest it was a bit skeptical of the plaintiffs’ interpretation, but it allowed the claim to move forward meaning it will be decided at trial.

Next, the court examined the plaintiffs’ argument that the “All Natural Ice Cream” language on certain products, particularly the Haagen-Daas brand, was also misleading. The company asked the court to dismiss these claims, noting that ice cream is neither a wholesome/healthy food nor a natural product and attempting to distinguish the mix-ins from the ice cream itself. The court rejected Dreyers’ contentions, finding the plaintiffs did not claim ice cream was a natural or healthy product but instead suggested the label implied the entire product contained natural ingredients. Additionally, the court said Dreyers could not separate the mix-ins from the base of the ice cream and refused to allow the company to rely on the ingredients list to clarify/correct a potentially misleading label on the front of the package. Commenting on the same labeling claim, the court also noted that just because manufacturers commonly use an ingredient does not mean it satisfies statutory language declaring that natural means nothing artificial has been added that would not normally be expected in the product. The court noted that a reasonable consumer may not have the same understanding as an industry manufacturer.

Understanding the Importance of the Ruling
The court’s recent ruling is not a final judgment but rather a decision to allow an early motion to dismiss claims on the special warranty act and refusing to issue a similar early dismissal of the claim that certain labels were misleading. A ruling of this sort is very important from a plaintiffs’ standpoint since it forces the defendant to move forward instead of finding that there was no valid claim. In some cases, surviving a motion to dismiss can help the plaintiffs push for a settlement. This case also suggests that the court is taking the plaintiffs’ claims seriously and is concerned that labels using the term “natural” may be deceptive. While not a final ruling, this is a win for California consumers who want honest and clear labeling.