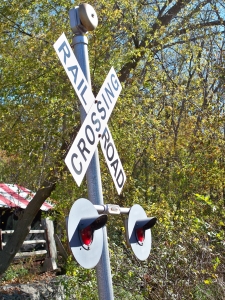 Most people know that they are more likely be injured in a car accident than virtually any other type of accident. Despite that knowledge, many people are much more afraid of other types of mishaps. Plane crashes, for example, are a common phobia. Besides car and plan accidents, rarely do most community members give much thought to other types of transportation injuries. However, the truth is that accidents can strike whenever one is moving about. For example, while not an everyday occurrence, train crashes can have damaging consequences for passengers and bystanders. Luckily, in a recent San Francisco train accident, the results were alarming but not deadly.

As the Mercury News reported, at least seventeen individuals were injured last Wednesday night when two Amtrak trains collided. The trains involved were the Amtrak Coast Starlight train, which runs from Los Angeles to Seattle, and the southbound San Joaquin train, which runs from Bakersfield to Oakland. The two trains had a combined total of about 150 passengers. It appears that the accident occurred when the San Joaquin train went through a red light and hit the stopped Coast Starlight train. It was traveling about 20 miles per hour when the crash happened. Most of the injuries appear to by minor, though several passengers were sent to the hospital. At least 45 Oakland firefighters responded, as well as numerous police officers and other emergency personnel. Amtrak and Federal Railroad Administration officials are investigating the cause of the accident.

Whenever a local community member is injured in an accident caused by the negligence of another, it is often worthwhile to seek out the aid of a San Francisco injury lawyer. The attorney can explain how the law of negligence might apply in their particular case. For example, in a train injury like this one, the negligence principle of res ipsa loquitur might apply. Translated from the Latin, the phrase means “the thing speaks for itself.” In other words, the principle means that the accident itself is proof of negligence.

In a negligence case, the plaintiff must show that the defendant had a duty of care and breached that duty of care. In some circumstances, however, the plaintiff may not know the details of what happened, making it hard to prove that there was a breach of duty. Res ipsa loquitur allows the plaintiff to show that no matter the details, the accident would have never occurred had it not been for the defendant’s negligence. One famous example involves an accident outside a warehouse, where a barrel fell from a second story window, injuring a pedestrian. Barrels typically do not fall out of windows without assistance, so the plaintiff was able to prove that the barrel owners had breached their duty of care because they had allowed a barrel to fall out of the warehouse. Similarly, the victims of the recent San Francisco train accident may be able to show that trains typically do not crash into each other; the accident is proof enough of negligence.

Our San Francisco injury attorneys at the Brod Law Firm have worked with many victims in these situations. We understand the need to examine the specifics of an accidents and determining if there is enough evidence to support a negligence suit. If you or someone you know was injured in a Northern California train accident, please contact us to see how we can help.