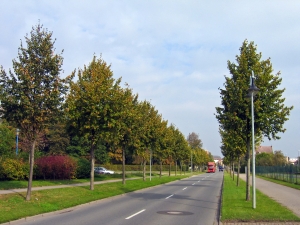 Individuals pursuing a personal injury claim often sue cities and other public entities for causes of action such as “Dangerous Condition of Public Property”. The City of Los Altos has decided to turn that concept back on one of its residents, Mark Choo.

According to the Los Altos Town Crier, on November 22, 2010 Katharine Edgecombe was driving a Land Cruiser that rear ended another car at a crosswalk. That car, driven by Conny Marx, allegedly slammed forward into two women crossing the street. The two women are filed a complaint on November 1, 2011 against the City of Los Altos, Katharine Edgecombe, and Conny Marx to recover for damages resulting from the accident. Five months later the City of Los Altos sought to include property owner Mark Choo in the case by naming him in its cross-complaint. The city alleges that a tree near his duplex impeded visibility at the crosswalk and that Mr. Choo is liable for damages.

It is generally the plaintiff’s role to name defendants in a suit for damages. However, according to California Civil Procedure Section 428.70, a defendant may bring a cross-complaint against a previously unnamed party, known as a third party defendant, if the original defendant could recover all or part of the judgment he owes from that third party defendant. This convoluted definition becomes clearer when using the example of the above case. The City of Los Altos may be found liable for the dangerous condition of public property, which might include the view obscuring tree. In turn, the City of Los Altos has filed a cross-complaint against Mark Choo saying that he is fully or partially responsible for any damages that can be attributed to the overhanging tree. The suit will not determine whether Mark Choo is liable for any wrong-doing, but whether, as the homeowner closest to the tree, he is responsible for any damages it causes.

Each city has its own distinct municipal code, and many across the Bay Area make residents responsible for trees on sidewalks adjacent to their property. Los Altos Municipal Code 9.20.025 indeed makes residents responsible for the maintenance of trees, shrubs, and other growths adjacent to their property and specifically puts the liability on them for property damage or other claims arising from such plants. The code also requires that all trimming and perform in accordance with certain standards found in the municipal code and the American National Standards Institute.

One more complicating factor: Mark Choo claims that because the tree interferes with the power lines, PG&E instructed him not to trim the tree. According to him, PG&E comes out to trim the tree every 18 months. However, on its website PG&E provides a number to call if a resident thinks a tree near high voltage power lines poses a danger.

Whether the tree was a substantial contributor to the accident or not, the City of Los Altos is using the statutes and codes in place to shift its monetary liability from the city as a whole to an individual resident, illustrating the importance of investigating thoroughly in every case the possibility of non-apparent defendants.

The Brod Law Firm, PC specializes in personal injury throughout the Bay Area. We give personal attention to each and every one of our client’s and their unique circumstances when evaluating their case. Please call today for a free consultation.