When a single event results in harm to a group of individuals, The Brod Law Firm is proud to be able to assist the victims by filing a class action lawsuit in California state or federal courts. Cases amenable to class action treatment can include a wide-range of issues such as business fraud, employment discrimination, securities violations, or industrial accidents, such as an explosion at the Richmond oil refinery. Class actions allow a group of similarly impacted individuals to bring their case collectively, saving resources for the individual plaintiffs and also providing an efficient mode for courts to hear similar claims. 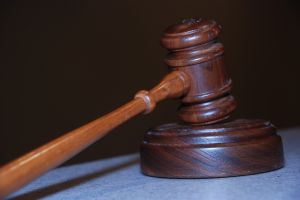 The lead plaintiff role comes with a number of responsibilities and, in general, involves exercising control over the claim and deciding what direction the case will take. It is the responsibility of the lead plaintiff to select counsel for the class and then to work closely with the chosen law firm. One of the first decisions that the lead plaintiff must take, in conjunction with counsel, is to determine the requirements for membership in the class. The lead plaintiff will then work with the attorney in the discovery process to identify facts that will support the claims alleged by the class. This can include having the lead plaintiff review documents and join counsel during information-gathering depositions. Defense counsel may also wish to take the deposition of the lead plaintiff during the discovery phase. In most class actions, it is not feasible for the entire class to be present for courtroom matters and the named party will usually attend hearings, and the trial if one becomes necessary, on behalf of the full class.

If a class action is successful with either a productive settlement or a verdict at trial, the named plaintiff may be receive an additional award beyond his or her share as a class member. This is also known as an incentive payment. The amount is based on several factors including the role the lead plaintiff took in the litigation (active versus more hands-off) and any financial risk incurred such as having paid for costs associated with the case, including monies spent providing notice of the action to potential class members or the cost of engaging in discovery.

If you believe that you may have a claim suitable for class action treatment, it is vital that you find a qualified law firm. We have the experience necessary to helping you file a successful class action in San Francisco or other Northern California location. Let The Brod Law Firm be your partner. Call our office for a free consultation to discuss your case and whether a California class action (state or federal) may be appropriate for your case.