Many of us have experienced the horrible feeling known as food poisoning. Illness can kick in anywhere from hours to days after eating and often involves intense gastrointestinal symptoms including vomiting and diarrhea. Most cases involve a very intense but relatively brief period of sickness. However, some foodborne illnesses can be life-threatening and our California food safety lawyer is following a voluntary recall involving a potentially fatal danger – listeria contamination. 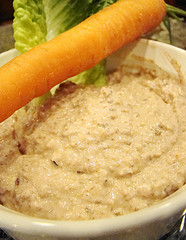 According to The San Francisco Chronicle, more than 14,000 pounds of hummus and other dips are being voluntarily recalled due to concerns they may carry the listeria bacteria. The dips are distributed by Hot Mama’s Foods of Massachusetts and sold across the nation including at the popular Trader Joe’s retailer and under the Archer Farms label at Target stores. Officials with the Texas Department of Health identified the threat and the company has asked all retailers to remove the potentially affected products from their shelves. Additionally, the Food and Drug Administration (“FDA”) recommends that customers who purchased any of the dips either throw out the items or return them to the place of purchase for a refund. A complete list of items involved in the recall can be found on the FDA website. Thankfully, no cases of illness had been reported at the time of the Chronicle’s article.

The Facts on Listeria & Listeriosis
Listeriosis is a serious illness caused when a patient consumes food contaminated with the bacteria listeria monocytogenes. According to The Centers for Disease Control, listeria is a major public health threat that leaves 1,600 people ill and 260 dead each year in the United States. Almost all cases of listeriosis spread beyond the gastrointestinal tract, with symptoms including fever, headache, and muscle aches. It can also lead to meningitis (inflammation of membranes around the brain and spinal cord) or septicemia (a life-threatening blood infection).

Nearly 90% of listeria-related illnesses impact high-risk groups, namely pregnant women, newborns, older individuals, and those with otherwise weakened immune systems. Approximately one in seven cases (14%) involve pregnant women and infection during pregnancy may lead to preterm labor, miscarriage, or stillbirth. More than 50% of cases of listeriosis involve people over age 65.

Food Safety: A Shared Responsibility
There are reasonable precautions we should all take to avoid food-related illnesses. However, we should also be able to rely on the safety of the foods we purchase, whether in the grocery store or in a restaurant. There are also many times when there are no additional safety steps we could reasonably be expected to take — you can’t rinse off a veggie dip or check the internal temperature of a chicken breast purchased when dining out! Food manufacturers and retailers must exercise appropriate precautions to prevent foodborne illnesses. When contamination is the result of negligence somewhere along the line in the food production or sales process, those responsible should be held accountable and those sickened may be entitled to damages. If you or a loved one has been made ill by contaminated food in Northern California, call our San Francisco food safety lawyer to discuss your rights.