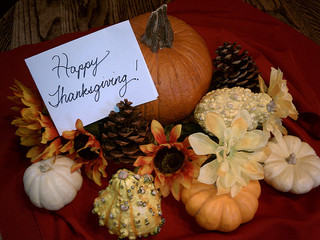 Like many of you, our team members spent the past weekend finalizing plans for Thanksgiving. For some, that means making final grocery lists; for others, it means confirming travel plans. We are looking forward to a day of family, friends, food, and football. We also appreciate the opportunity to reflect and give thanks for all that we take for granted, including the safety and well-being of our loved ones. Sadly, far too many Americans have their holiday interrupted by a Thanksgiving car accident. Before the final rush sets in, our San Francisco accident lawyer and his team share a few thoughts on staying safe on the roads during upcoming holiday.

A Deadly Distinction: Thanksgiving Car Accidents
The timing of the question likely gives away the answer, but imagine you didn’t have the hint: What holiday sees the highest number fatalities on U.S. roads? As ABC detailed in a report last November, Thanksgiving holds that dubious distinction. Citing data from the National Highway Traffic Safety Administration (“NHTSA”), ABC reports that 431 people died on roads nationwide during the 2010 Thanksgiving holiday (all holiday data reflects a 3-4 day holiday period, see Table 14 in the NHTSA Traffic Safety Facts 2010 data compilation). To compare it to other 2010 holiday periods, Labor Day saw 403 roadway deaths, July 4th saw 392, and Christmas saw 259 roadway fatalities. Notably, ABC’s comparison doesn’t include New Year’s, which many would imagine would lead the list of dangerous holidays. Based on the NHTSA publication, the New Year’s 2010 holiday saw 297 fatalities over a three-day span (which appears to include 12/31/09), a number that may be reduced by better planning by revelers who recognize the likelihood of alcohol impairment.

A number of factors contribute to the high rate of Thanksgiving fatalities on U.S. roads. Last year, ABC cited AAA projections that 39.1 million people would take to the roads for the holiday. With even higher projections this year, the sheer numbers mean that even a standard accident rate would add up. High volume traffic can increase the accident rate, with driver frustration adding to the problem. Another threat: Driver impairment. Drowsy driving, a source of impairment we’ve discussed in prior posts, is a significant problem with people travelling long distances and often taking off after a full day of work, not to mention driving a long way home in a “turkey coma.” Alcohol impairment also contributes to Thanksgiving tragedies, especially as the hour grows later. Notably, traffic leads to a higher number of minor accidents during daytime hours while less traffic and more drunk drivers lead to fewer but more serious accidents at night. Additionally, as detailed in an interesting Wall Street Journal article from 2011, “Thanksgiving Eve” has seen a significant increase in accidents due to college students coming home and having alcohol-fueled reunions with high school friends.

Safety Tips for Your Holiday Travels
We help people move forward after accidents, but we also believe in prevention first. Some tips for staying safe during your holiday travels:
• Expect delays – Driver frustration fuels accidents, prepare for and expect traffic delays.
• Designate a driver – People often underestimate how much alcohol they consume during Thanksgiving gatherings. Cocktails while catching up, wine over dinner, and beer during the game can really add up. Designate a sober driver, take a taxi, or plan to stay the night (bonus: midnight leftovers!).
• Don’t drive drowsy – Studies show drowsy driving can be just as dangerous as drunk driving. Get a good night’s sleep, take turns behind the wheel, and/or pull off the road and take a short cat nap if you feel your eyes getting heavy.
• Watch for impaired drivers – You may be safe, others may not be as wise. Be alert for impaired drivers and practice defensive driving.
• Wear seat belts (and use appropriate child safety seats) – One of the best things you can do to stay safe Thanksgiving Day and every day.

We are thankful for our Northern California communities and for the clients who trust us to help them through some of life’s toughest challenges. Our San Francisco car accident attorney and our legal support team wish you a safe and joyful Thanksgiving holiday. May the only danger you encounter be a touch of indigestion after the big meal!

Holiday Message from your San Francisco DUI Accident Lawyers: Enjoy, Give Thanks, Be Safe