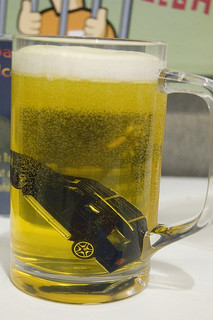 Victims of automobile accidents in which the other party was driving under the influence of alcohol can breath a sigh of relief after the California Supreme Court handed down a key decision Thursday affirming the validity of Breathalyzers. The court’s decision will mean that blood-alcohol concentrations of 0.08 or greater will be enough for a guilty verdict in criminal court, as well as prove an indispensable legal weapon in civil cases in which DUI accident attorneys such as Gregory J. Brod seek compensation for the victims.

According to the San Francisco Chronicle, the state’s highest court ruled in People v. Vangelder that the defense could not call upon the expert witness testimony of scientists who would argue that the results of testing machines are inherently unreliable. While a defendant could call into question a malfunctioning testing machine or one used improperly, the BAC samples from a properly functioning machine would be considered valid:

“As the trial court observed, defendant remained free to argue, and present evidence, that the particular machines used in this case malfunctioned, or that they were improperly calibrated or employed. But as explained earlier, the 0.08 percent breath-alcohol concentration formulated by the Legislature in enacting the underlying per se offense, section 23152(b), was adopted on the basis of correlation studies employing just such breath-testing machines – and the various physiological factors that affect the results of breath machines generally, have already been taken into account by those studies and the widely accepted statutory partition ratio.”

In the foregoing passage from the state Supreme Court’s decision, the court was referring to the trial court that handed down a conviction against a motorist in San Diego County who was stopped by a California Highway Patrol officer in December 2007 when the CHP officer tracked the motorist in excess of 125 mph. The officer detected alcohol on the motorist’s breath and, with his consent, administered two Breathalyzer tests, in which the motorist registered .095 and .086 BAC figures. The motorist was then arrested and charged with drunken driving. Before the Superior Court, the motorist was convicted of speeding and driving with an excessive BAC, and he was fined nearly $2,000.

The Superior Court’s decision was appealed, and a state appeals court overturned the trial court’s decision, ruling that it erred in deeming an expert witness testimony – from a University of Washington professor of medicine and physiology and noted author of blood alcohol and its measurement – as speculative and largely inadmissible.

Fortunately, however, the state Supreme Court, in overruling the state appeals court, cited California state law, which requires police to employ machines that measure breath alcohol content whose accuracy are on a par with blood tests.

“The fundamental reliability of federally approved, properly calibrated and employed breath-testing machines … is a matter that has been determined as policy by the Legislature,” said Chief Justice Tani Cantil-Sakauye in the state high court’s opinion.

The personal injury attorneys at the Brod Law Firm are experienced at representing clients who have been injured or killed in a DUI accident. If you or a loved one has been harmed in this way, please contact us for a free consultation.
-James Ambroff-Tahan contributed to this article.

Drunk Driving: No One is Immune