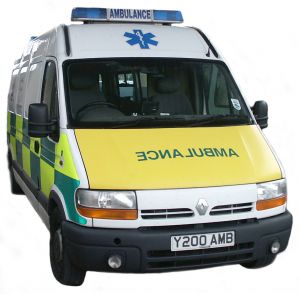 The CNN headline caught the attention of many, including our San Francisco food safety lawyer – the number of people dying or becoming ill due to contaminated food has risen a startling 44% since last year. A report by the U.S. Public Interest Research Group (“PIRG”) noted that 2011 saw 718 illnesses directly linked to recalled food nationwide. In only the first nine months of 2012, the number of illnesses attributed to recalled foods was 1,035. This 44% increase includes ailments traceable to products ranging from mangoes and cantaloupe to meat and nut butter. Notably, the number sickened in the recent nut butter recall has continued to rise, with the Center for Disease Control increasing the number of confirmed salmonella cases to thirty-five (it is not immediately clear if some cases would fall into October statistics and thus outside the period in PIRG’s report).

Overall, going beyond cases linked to formally recalled products, approximately 48 million people fall ill annually after consuming tainted food. The PIRG report emphasizes that the problem of foodborne illness is getting worse. Examining national health objective targets and actual 2010 data reveals that the only target met was for the incidence of E. Coli 0157. The incidence of salmonella, the culprit in the majority of hospitalizations and deaths associated with foodborne illness, was three times the stated target.

As we’ve previously discussed, the Food Safety Modernization Act became law two years ago. The legislation sought to improve food safety through several routes, including giving the Food and Drug Administration (“FDA”) more power to respond quickly and hold companies accountable when an outbreak of foodborne illness occurs. However, budget concerns have prevented the law from being fully implemented and the main thrust of the law’s regulatory framework remains in governmental limbo with no established timeframe for the Act to move forward. PIRG’s report criticizes this delayed implementation and planned cuts in FDA funding. Additionally, PIRG criticizes the failure of the FDA to keep pace with increasing demands for inspection of foods imported from abroad (approximately 15% of all food consumed in the U.S. and up to two-thirds of fruits and vegetables are imported). PIRG calls for improved funding for the FDA and for the agency to create more concrete, specified inspection standards that include unannounced visits. The group also urges improved coordination between the FDA and other agencies including the Centers for Disease Control and Prevention. In reply, the FDA notes that the rule-making process is time-consuming and the main federal budget group adds that they have taken important steps such as tackling the problem of salmonella in eggs and expanding E. Coli testing on beef products.

Politics and funding debates aside, foodborne illness is a serious matter. Our San Francisco contaminated food lawyer is ready and able to represent people sickened by tainted food in Northern California or to bring suit on behalf of those who’ve lost a loved one due to food contamination. Whether the source of the illness is the manufacturer/supplier or a restaurant with inadequate food safety processes, we can help. Where appropriate, we are also prepared to bring a class action on behalf of a group of people impacted by the same outbreak via a products liability or other injury claim. Please call to schedule a free consultation.