Our Sacramento car accident lawyer knows that collisions can take many forms. For most people, the first images that come to mind when thinking about a Sacramento car crash involve a high-speed highway collision or an alcohol-fueled incident. However, our Northern California personal injury attorney knows that accidents can have many causes and that each incident is unique. 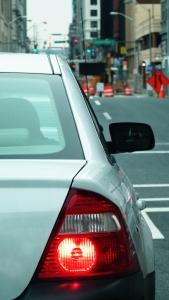 This week, The Sacramento Bee carried a report detailing the results of a National Highway Traffic Safety Administration. The study focused on accidents resulting from a driver mistakenly pressing on the gas when they intended to hit the brake pedal. Study directors examined a North Carolina database of crashes including four hundred gas pedal accidents and also looked at news reports detailing nine hundred crashes stemming from pedal mistakes. Interestingly, the study found that nearly two-thirds of driver involved in accidents stemming from a pedal mistake were female. This is particularly notable since men account for a greater percentage of all crashes, with male drivers accounting for sixty percent of drivers involved in all collisions.

Age also played a significant role in gas pedal crashes. Both the news reports and the North Carolina data examinations found that a high percentage of pedal confusion cases involved drivers over seventy-six years of age. The state database found a similar number of accidents involved drivers under age twenty. The news report analysis attributed four times as many accidents to seniors in contrast with teens. Seniors accounted for forty percent of such accidents and teen drivers were involved in ten percent of the incidents covered in news reports. Overall, the examination concludes that age is a significant factor in pedal confusion crashes. The article suggested that this age disparity may be influenced by teenagers and the elderly having less robust functioning in certain areas of the brain. Areas of the brain involved in executive functioning develop later than other functions and only reach full capacity in early adulthood. These functions include the ability to plan, organize, and fully focus one’s attention. Brain functionality in these areas may also begin to decline with age. Tests examining executive functioning also found that older drivers experience a drop in ability.

The study also looked at the location of gas pedal accidents. In a database of accident in North Carolina, fifty-seven percent of these incidents occurred in parking garages, parking lots, or driveways as opposed to roadways. An examination of nine hundred news reports on pedal confusion accidents placed seventy-seven percent in these non-roadway locations. Researchers speculated that pedal confusion may also occur while on a roadway but that drivers have more room and are therefore better able to recover after the mistake.

The Brod Law Firm represents victims of Sacramento car crashes. We can help you recover when the mistakes made by another driver caused you injury and/or property damage. Our phones are answered 24/7 and we offer a free consultation to discuss your unique case.

See Related Blog Posts:
Innovations that Take the Pressure Off Drivers
Lack of Money Should Not Deter You from Pursuing an Injury Claim