After countless public awareness campaigns, it is difficult to imagine that anyone has escaped hearing the message that driving and texting do not mix. Surely this warning is a part of every driver’s education class across the country. It seems, however, that teens are not listening. This is a trend that endangers every driver and passenger, even every pedestrian, who travels on our roadways. 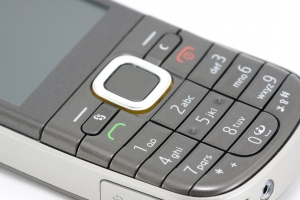 The San Francisco Chronicle and the Associated Press are reporting the results of a survey conducted by the Center for Disease Control and Prevention (“CDC”). The Youth Risk Behavior Surveillance System study is conducted by the CDC every other year and monitors “priority health-risk behaviors” among adolescents. For the first time, surveys distributed to high school students nationwide in 2011 asked about texting behind the wheel. Fifty-eight percent of high school seniors and forty-three percent of high school juniors who participated in the anonymous survey admitted to either texting or emailing while driving during the previous month. The survey did not ask respondents to distinguish between messaging when the vehicle is moving or stopped.

Researchers at the Pew Research Center, a think tank based in Washington D.C., have also looked at how teens use technology. They found that teens send and receive approximately one hundred text messages per day. For many young people, texting is the primary way that they communicate with their peers. Teens frequently continue reading and to responding to text messages during local car trips. According to focus groups, teens feel that it is okay to text when stopped for a light or stuck in traffic. While many acknowledge that texting while driving is unsafe, they often think they can safely message if they hold their phone aloft so that they can see both the mobile device and the road at the same time.

California law recognizes that teen drivers lack the experience of more seasoned operators. All drivers are prohibited from texting while driving, a ban that includes writing, reading, or sending any text-based message. California also prohibits all drivers, regardless of age, from using a handheld telephone while driving a motor vehicle. Drivers under age eighteen are also prohibited from using a hands-free telephone.

We urge parents to remind teens that texting while driving can have very real, serious repercussions. Teens need to get the message that they are not immune to danger and that texting is dangerous, even if they are masterful users of mobile devices and are travelling on roads they use on a daily basis. One message behind the wheel is one too many.

As always, please do not hesitate to contact our San Francisco personal injury law firm if you are injured due to the negligence of another driver. We represent car crash victims in San Francisco and throughout Northern California. An initial consultation is always free and most injury cases are handled on a contingency fee basis so there is no charge unless you recover compensation for your injuries.