Obtaining compensation for victims is an important goal of our Oakland injury law firm, but it is not the only one. Representing plaintiffs in civil court cases, such as a contaminated food lawsuit in California, helps us send an important message to both companies and individuals. Holding people and organizations accountable for illness and injury caused by their actions tells them that our Northern California community will not tolerate decisions that ignore public safety. 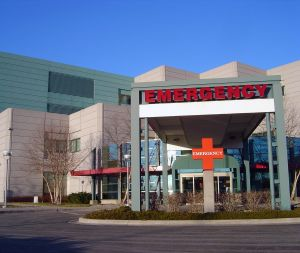 The Oakland Tribune is reporting on a wrongful death lawsuit filed in Alameda County Superior Court against a Castro Valley restaurant and an Iowa egg farm. The suit claims that both the farm and the steakhouse are liable for selling and distributing contaminated food and for negligence in failing to ensure the eggs were contaminant-free.

According to the complaint, Mate Marlais fell ill due to the salmonella bacteria after eating eggs “over-easy” served to him on June 7, 2010 at El Rancho Steakhouse. The 89 year-old was found in a pool of diarrhea a few days after eating the eggs. He was taken to the hospital in a state of shock and died when the family removed him from life support. Officials linked the eggs served at the restaurant to the Wright County Egg Farm in Iowa. The farm’s products were cited as the source in more than 1,300 illnesses nationwide, including 266 cases in California. Marlais is the only person whose death was confirmed to have stemmed from the products. In the wake of the salmonella outbreak, more than a half-billion eggs that originated from the Iowa farm were recalled.

Salmonella bacteria is one of the most common culprits in food poisoning. Exposure can often be traced to contaminated beef, poultry, milk or egg. Food can become contaminated when handlers neglect to wash their hands thoroughly after using the bathroom. Animals can also carry the salmonella bacteria. Proper food handling techniques can help prevent salmonella exposure.

Approximately 40,000 cases of salmonellosis are reported each year in the United States. The number of actual infections is likely much higher since many cases cause relatively minor illness and thus are unreported. Generally, symptoms develop within twelve to seventy-two hours of exposure. Symptoms include fever, diarrhea, nausea, vomiting, and abdominal cramps. Usually illness last from four to seven days. Most people recover without medical treatment, although dehydration can result from the symptoms and may require hospitalization. More severe infections can and do occur, especially in children, the elderly, or people with impaired immune systems. It is estimated that about thirty people die annually from salmonella-related illnesses in the United States.

It is important to hold companies accountable when proper care is not taken to ensure our food is safe to eat. While not every illness should give rise to litigation, a lawsuit can be appropriate in some circumstances. Please call our office for a free consultation to discuss whether you may have a legal claim stemming from contaminated food.