Last week’s Richmond refinery accident brought to the forefront the often complex relationship that can exist between a large industrial corporation and the community surrounding it. As a law firm dedicated to serving the citizens of Northern California, we know that companies like Chevron are vital to our area’s economy. We also believe that all companies, especially those in the oil and gas industry, take seriously the responsibility to protect the health and well-being of our communities and should work to prevent toxic accidents. The issue is by no means unique to this company and this town – corporate responsibility is a topic of national concern and it is important that the legal system help hold companies accountable for their impact on the environment and the public health consequences of toxic chemicals. 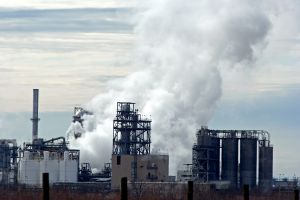 This weekend, The San Francisco Chronicle carried an interesting report focused on the relationship between Richmond and the Chevron refinery. The relationship has long-standing roots with the plant actually pre-dating the 1905 founding of the city by three years. In past years, a previously tight relationship has grown increasingly strained with a number of fires adding to the tension. Some residents believe that day-to-day pollution from the refinery is responsible for a number of health problems. One 2011 study found that nearly one of every three Richmond children suffer from asthma, compared to about one in ten nationwide. After last week’s fire released a thick cloud of black smoke over the city, many residents attended a community meeting with plant management and some called for the refinery to shut down.

However, both residents and city officials recognize the plant is vital to the local economy. Approximately twenty percent of Northern California’s gasoline comes from Chevron’s Richmond refinery. At peak capacity, the plant can process 257,000 barrels of crude per day. The refinery is the largest employer in Richmond, accounting for approximately 2,700 jobs including those at the neighboring Chevron Technology Center (although only seven percent reside in the city itself). As with any large employer, the plant also helps generate other business including restaurant traffic and short-term contract work. The refinery is also the biggest source of taxes for the city, with approximately one-third of the city’s general fund budget coming from taxes and fees related to the Chevron operation. Still, the company and the city have long fought over tax matters. City officials have accused the company of nickel-and-diming them, with Chevron firing back with claims that the city is hostile to business.

According to the U.S. Environmental Protection Agency, the Chevron plant released 575,669 pounds of toxins into the environment in 2010, making it the 10th largest polluter in the state of California that year. Chevron says the refinery improved in 2011, moving to the 11th spot in that ranking. The 2010 numbers included the release of 33,416 pounds of chemical benzene into the air, accounting for a startling 81.5% of all cancer-causing chemicals released in the county that year per the Bay Area Quality Management District. The company said that it has made significant strides in cleaning up the plant in the past decade and even more since the early 1970s.

Without question, the Chevron refinery is an important part of both the local and state economy. Plant and company officials have apologized for the recent fire and expressed a commitment to increase safety efforts. At the Brod Law Firm, we believe it is important that the community holds Chevron and other companies operating in our region to this promise. We stand ready to offer legal representation and to serve as a toxic exposure law firm for Richmond and other Northern California communities.