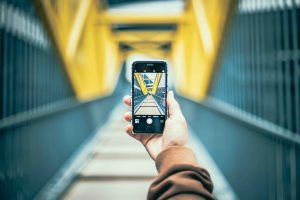 When it comes to evidence of a car accident, photos taken at the scene are some of the most important. Eyewitnesses are not always present at the accident scene. Without photographs, there is sometimes little reliable evidence to be collected from the scene aside from the police report. Photos of the scene are so important that this step is listed on every single list of what to do after an accident. However, what should you take pictures of after a crash, exactly? Below you will find, according to San Francisco car accident lawyers, the most important items to document, and tips for taking pictures after a car accident.

Take a Picture of the Whole Scene

You will want pictures capturing the entire scene to depict exactly what happened. Take a few steps back and take several photos from different angles. Make sure all vehicles involved are in the picture, as well as objects such as guardrails or trees that might be relevant. You also want to show the positions of the vehicles, as this can help determine which driver was negligent.

A photograph cannot capture whether a traffic light was red or green at the time of the crash. However, traffic signals can provide a clearer picture of how the accident occurred. For example, the position of two vehicles in the middle of an intersection with traffic lights may show one driver failed to yield when turning left. These photos are also particularly important to accident reconstruction experts and car accident attorneys in San Francisco.

Take Pictures of the Weather

Weather conditions sometimes cause an accident. If the sun blinded a driver, for example, that could prevent him or her from seeing a car up ahead. In this case, take a picture of the angle of the sun as soon as you can. If there was a heavy rainfall or storm and the roads were slippery because of it, take a picture of puddles and slippery surfaces.

Take Pictures of Evidence at the Scene

While evidence is not always left at the scene of an accident, sometimes it is. Skid marks, vehicle parts such as bumpers, and broken glass are all evidence. They can all help indicate how the accident happened. Take pictures of these elements, as they will likely disappear soon after the crash.

Take Pictures of Damage and Injuries

Walk around each vehicle, taking pictures of the damage sustained. Take many pictures that show dents, scratches, deployed airbags, and broken glass. Also take pictures of any injuries sustained. This can help show the severity of the injuries immediately following the accident.

Take Picture of the Documents

You will have to see the other driver’s license, insurance information, and registration papers. Taking pictures of these instead of writing down the necessary information is faster and provides an easy reference later.

Were You in an Accident? Call Our Personal Injury Attorneys in San Francisco

If you were in a car accident and another driver was at fault, you may be entitled to compensation to help with your injuries and losses. Filing a claim is not easy, though. At Brod Law Firm, we are the San Francisco car accident lawyers who can help. We can file a claim on your behalf, communicate with the insurance company, and help you get the fairest settlement to which you are entitled. Call us today at (800) 427-7020 or contact us online for your free consultation.

Steps in a Personal Injury Lawsuit

Should You Speak to the Insurance Company After an Accident?