As man’s best friend, the connotation of a dog is usually a happy one. Dogs are generally loyal companions who are trusted and loved. More recently in the news however, a dog mauling of a 6-year-old California boy has startled the dog community and brought up questions about dog safety.

In Union City, just north of San Jose, Nephi Selu was playing in the backyard of his grandparents’ home on Monday, June 17th. The dog a pit bull mix, belonged to the boy’s uncle, a police officer. Family members believe little Nephi may have tried to climb onto the dog’s back, prompting the attack. The dog bit the boy on the top of his head and a relative pulled the dog away from the boy. Family members report that the boy was talking, conscious, and lucid after the attack. The boy was still alive when paramedics were called and Nephi was rushed to Lucile Packard Children’s Hospital in Palo Alto, but he was pronounced dead shortly after his arrival – approximately 4 ½ hours after the attack. 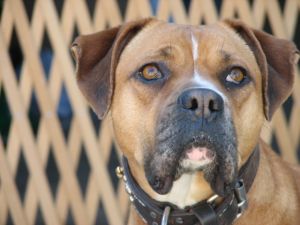 The pit bull did not have any history of biting anyone previously and was properly licensed. Neighbors confirmed that the dog, one of two pit bulls the family owned, was known to be friendly and were always on a leash. Union City police commander Ben Horner stated that, “It sounds like they were engaged in some type of horseplay with the dog…. We think [Selu] may have tried to ride it like a little horse and for whatever reason, the dog decided to bite him.”

Attorney Michael Rains, who works for the San Mateo police union and is acting as a family spokesman, does not believe the attack is a case of criminal liability but rather a terrible and tragic accident.

Dog bites are not uncommon. Most of the time, small nips by dogs occur out of playfulness, rarely requiring any type of medical attention. Dog bites are also usually not predictable. Many instances we have seen this year of big dog mauling attacks or fatalities have involved surprise attacks with dogs that have not previously shown aggression. Of the cases of dog mauling fatalities seen this year, it seems that a highly disproportional amount of them have been by pit bulls, including pit bull mixes. Dogsbite broke down attacks by dog breeds, showing attacks by pit bulls to be the highest by great margins. This shows that breed matters, and that more aggressive dog breeds have a higher propensity of attack.

A dog bite is officially referred to as an incident in which a dog inflicts injury to a person. This includes both deliberate and non-deliberate attack, and breaks in the skin. Every year, more than 4.7 million people are attacked by dogs and receive dog bites. Of these 4.7 million instances, more than 800,000 Americans seek medical attention for these actions, with half of these made up by children. Indeed the highest rate of dog bite-related injuries comes from the 5 to 9 age group. This may be because of a child’s inability to properly protect itself.

It is important to teach children basic safety around dogs and how to interact (or not) with dogs. These safety rules include:

When a dog decides to attack an individual, often it is surprising and the reaction of bystanders may not be fast enough to offset the damage already done. Dog owners have a responsibility to keep their dogs on leashes and ensure good, nonaggressive behavior of their dogs. When owners fail to properly restrain dogs, both knowingly dangerous and not dangerous ones, they impose a risk of injury and attack to those around them. Mr. Gregory Brod, a bay area dog bite attorney, has had successful experience in representing clients who have been attacked by dogs receive compensation for their recovery. Call today for a free consultation.