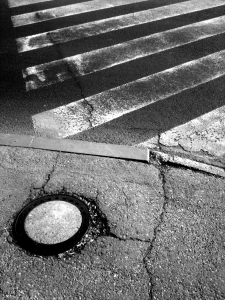 Two pedestrians died on Sunday, March 25 after crossing the street mid-block. SFGate reports that Thomas Ferguson (45) was crossing Lombard Street between Van Ness and Franklin when a car struck him. Ferguson died on the scene. Earlier that day, a man was hit by a Muni bus when he emerged between two parked cars to cross Fillmore Street. KTVU.com reports that he was rushed to the hospital, but declared dead shortly thereafter.

The logical conclusion is that areas with more pedestrian deaths require more measures to protect pedestrians and encourage safer behavior by both pedestrians and drivers. In 2002, San Francisco was one of three cities, along with Las Vegas and Miami, to be chosen for a PedSafe Study because of the high rate of pedestrian fatalities. The study tested various traffic signs and street markings to identify the most effective methods to promote pedestrian safety.

The most effective measures included flashing beacons at crosswalks without traffic signals, signs that reminded drivers to watch out for pedestrians, and head start crossing for pedestrians at intersections where cars make relatively more unprotected left turns.

An article by Wray Herbert on the Association for Psychological Science website, cites a University of London study that found the reason children under 15 years old are more likely to be injured by cars, is not limited to lack of attention to potential dangers. In fact, children are less likely to see oncoming vehicles at all because they are physically smaller. In addition, their brains have a harder time than adults judging the rate at which cars driving at different speeds will approach them.

Another reason highlighted by both the March 25 crashes and the studies is the issue of right of way. Although Californian pedestrians always have the right of way by law, traffic measures are implemented to make driving, walking, and biking safer and require that pedestrians sometimes temporarily give up the right of way for their own safety. Pedestrians often cross against lights and without the protection of crosswalks because they are sure they can make it across in time. As the tragic accidents at Lombard Street and Fillmore Street show, this is a dangerous state of mind. However, pedestrians are also struck when they obey all traffic laws. For instance, cars make premature left and right turns through intersections where they are supposed to yield to pedestrians, because, similar to the previous example, drivers think they can “make it” before the pedestrian reaches the end of the intersection. Thus, the PedSafe Study found that signs, markers, and head start intersections successfully reminded many drivers to yield to pedestrians.

The Brod Law Firm reminds pedestrians and drivers alike to practice safe traveling behavior. Traffic related injuries are always unfortunate, and usually avoidable. Please call today for a free consultation to see if we can help you recover for injuries caused by a collision that happened while you were traveling on foot.