Our California insurance attorneys noticed a story about the problems residents in the mountainous regions of our state are having with homeowner’s insurance. Many consumers are worried because insurance companies, such as Allstate, are not renewing policies for homes located in areas designated as at risk for wildfires and are also refusing to issue new policies to new homeowners in these areas. There are over 160 insurance companies that sell homeowner’s insurance in California, but Allstate, State Farm and Farmers control over half the insurance market.

This comes after a decade of severe and damaging wildfires in southern California, and the insurance companies are, as always, more concerned about profits and shareholders than their hard working California customers. Since 2000, about 1,000 homes per year have been destroyed in southern California. Just this month, wildfires burned 1,800 acres across the southern part of the state in the foothills of the San Jacinto Mountains, getting very close to the San Bernardino National Forest. At least three structures, including one home, were destroyed in this most recent blaze. At least nine more homes were evacuated as a precaution. In a nearby area south of Riverside County, fires started by lightning have burned another 2,300 acres in San Diego County. Hundreds of firefighters are tied up trying to control these fast moving and destructive wildfires. 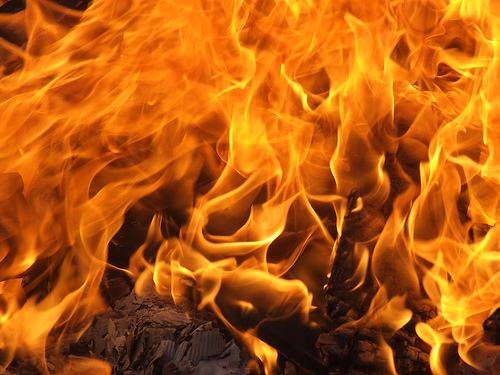 Due to these catastrophic numbers, insurance companies have been looking closely at properties to insure. In cases where the home is in a steep area or accessible by only one road in and out or with limited turnaround access for emergency vehicles, and particularly areas at high risk for wildfires, insurance companies have increasingly made it difficult to renew existing policies or find comparable policies for new houses.

In addition to making homeowner’s policies more difficult to come by overall, the insurance industry started tightening regulations about ten years ago after the first years of devastating wildfires hit California. The new regulations required homeowners to minimize fire hazards while complying with all other safety regulations. Many homeowners, however, have stated that these regulations are almost impossible to comply with in many cases. And those in the industry expect things to get worse for homeowners in the coming years. Fire dangers continue, with droughts and extreme weather conditions. One insurance executive admitted that insurance companies look at houses in high risk areas and try to cancel their already existing policies.

The companies themselves justify these actions, which are making life difficult to many Californians, by ignoring standards set by local fire agencies and by relying on their own inspectors instead to determine the insurability and risk of a home.

If your home has been damaged or destroyed by a natural disaster, contact a San Francisco insurance attorney to help you deal with an insurance company that cares more about its profits than rebuilding your home with the benefits you deserve.