Injuries and even deaths stemming from car accidents are all too common. As an experienced Oakland car accident law firm, our team knows that most accidents are the result of a negligent driver making poor decisions behind the wheel. We strongly believe in helping those injured due to another person’s negligence recover needed compensation. We also believe in the message such lawsuits send, reminding drivers that safety should always be a top priority. However, we also know that most drivers who are responsible for accidents causing injury or death never intended to cause harm. 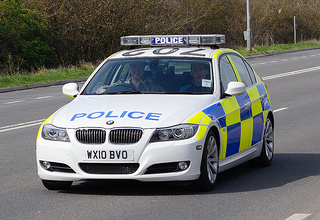 A case currently pending in Alameda County Superior Court and covered by Oakland Tribune may be an exception to this rule. The events occurred on the night of Saturday June 16, during a street party in East Oakland near the intersection of 61st Avenue and Eastlawn Street. Sifting through a complex story, police have concluded that nineteen year old Deja Lewis was angry, possibly distraught, over events that took place earlier in the night, when she got in her car and proceeded to deliberately hit and kill an Oakland resident. Thirty-three year old Luis Velasco was declared dead at the scene.

In a statement to a police officer, Lewis reported that an unknown man physically assaulted her earlier in the evening. Lewis said that, following the assault, she drove about two blocks to her home where she reported the event to her sister and some friends. The group returned to the scene, where they got out of the vehicle and confronted a group of men gathered near a street party. According to Officer Leonel Sanchez, Velasco was among the group of men but he was not acting in a confrontational or threatening manner. It is unclear if he had been at the party during the claimed assault or if he had arrived in the interval between Lewis leaving the area and returning with her sister and friends.

At some point in the dispute between the groups, Lewis returned to her car. She began to drive away quickly and, according to Officer Sanchez, “knowingly and suddenly accelerated” hitting and killing Velasco. Others in the car told Lewis that she had hit someone, but she continued to drive away from the scene, returning to her nearby home. Police arrested Lewis several hours later. She admitted to the arresting officers that her license had been suspended and she should not have been driving at all. Police also recovered her vehicle.

Investigators determined that Velasco had not provoked Lewis in any manner. She has been charged with murder, including an enhancement for use of a deadly weapon (in this case, the car). Lewis entered a not guilty charge earlier this week. A pretrial hearing on criminal charges is scheduled for August 20 and Judge Carrie Panetta has set a preliminary examination to start on September 5.

Of course, this case is still in the early stages and more facts may come out as the investigation and criminal trial proceed. However, the case is a reminder that a car can be a dangerous weapon. Families who lose a loved one in an intentional car collision should contact our experienced Oakland wrongful death law firm. It is only through a civil lawsuit that you can recover compensation for your loss. Civil damages can never bring back a departed loved one, but they can help you with the economic consequences of the loss. A civil case is truly your day in court, when you get the opportunity to act on behalf of a departed loved one.