Dogs can be wonderful companions. They are loyal, loving, and are often a true member of the family. While most pets are gentle and kind, dangerous dogs are a real concern. As your Sacramento personal injury lawyer and an experienced California dog bite law firm, The Brod Law Firm is prepared to help residents who have suffered injury after being attacked by a dog. 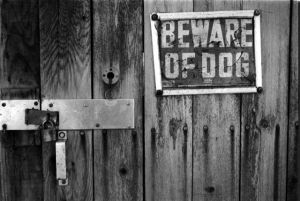 The Sacramento Bee and CBS 13 Sacramento both reported on a vicious pit bull attack on the morning of Saturday January 14, 2011. The attack occurred at a home in South Sacramento on the 7000 block of Third Parkway. Details on the events leading up to the event are limited, but it appears that a nine year-old boy walked from the home into the backyard where the dog was located. The dog severely mauled the child, leaving him with a head injury and damage to his arm. A woman was also injured in the events. Her injuries appear to be less severe and the article reports that she is recovering. A neighbor, Pat Nunes, heard the commotion and helped to free the boy from the dog’s bite. Paramedics and law enforcement responded to the call and contacted Sacramento County Animal Control for additional support. The sheriff’s office reported that an officer did fire his weapon when the dog attempted to leap a fence and escape from the home’s yard. The Bee does not comment on the dog’s fate but CBS’s web site reports that the dog was killed.

California law is particularly strict in cases of dog bites. While some states have a policy that the owner must have been aware of the dog’s viciousness in order to impose civil liability, California does not. Under California Civil Code Section 3342 an owner is automatically liable for the actions of their animal. This is a huge benefit to victims seeking compensation in civil court since they do not need to prove prior knowledge, a tricky and difficult requirement. This strict liability rule does have an exception for cases where the dog was intentionally provoked.

In some areas, special regulations apply to pit bulls, a notoriously dangerous breed. California generally leaves this decision up to local municipal authorities. San Francisco has a city ordinance that requires all pit bulls be spayed or neutered, with an exception for registered show dogs. This regulation was enacted in 2005. In 2010, a representative for the San Francisco police department’s vicious dog unit reported a significant drop in the number and severity of attacks by pit bulls under the provision. Sacramento does not appear to have such restrictions. In addition to legal restrictions, some insurance carriers restrict coverage on homes containing pit bulls.

Dog bites can cause severe physical injury and even death. They can result in medical bills and lost wages, in some cases restricting future employment options where permanent damage is incurred. Additionally, a dog attack can cause significant mental distress. If you or a loved one has been harmed by a dangerous dog in Sacramento or elsewhere in the Northern California region, you may be entitled to compensation. Our Sacramento injury attorney can help you recover the damages the law allows. Please call for a free consultation to discuss your legal rights. In most injury cases, we operate on a contingent fee basis so there are no attorney’s fees unless you recover for your injuries.