It’s a classic image on television and movies, a person sitting alone at a bar, slumped over a beer. The bartender, white towel slung over one shoulder, removes the glass and says, “Gotta cut you off, buddy.” Alcohol sales are big business, but the profits can come with responsibility. In today’s blog post, we’ll look at dram shop laws, the statutes and court-made rules that address whether or not an establishment that serves alcohol (or even the server/bartender) is liable if they serve a patron who goes on to cause a car accident or otherwise injure another individual. Recent changes mean that the establishment is only liable in very limited circumstances, but it is still an important part of the “toolkit” that our San Francisco DUI injury law firm uses to help injured plaintiffs recover critically needed compensation. 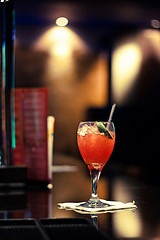 An Overview of Dram Shop Laws and the Liability of Establishments that Supply Alcohol
Like much in the field injury law, the liability of establishments that sell alcohol for injuries to others as a result of an intoxicated patron is generally a matter of state law. The vast majority of states have statutes known as dram shop laws that specifically address this type of claim. Jurisdictions cite a general social contract theory as justification for holding entities and servers responsible for ensuring the safety of both patrons as well as third parties that may encounter those patrons. The responsibility to cut off a patron who is obviously intoxicated can also be justified as a duty tied to the right to sell alcoholic beverages to the community.

In some states (and in California prior to a recent change), the dram shop laws follow a strict liability framework. Plaintiffs in those jurisdictions only need to show that the shop served someone who was visibly intoxicated and that person later caused the plaintiff’s injury. Other states use more traditional injury principles and require proof that the establishment/server could have foreseen the injury and that the continued service of alcohol to an obviously intoxicated person was a direct cause of that injury. Those are difficult hurdles.

Recent Changes Sharply Limit Dram Shop Liability in California
California recently removed the strict liability dram shop law from the Civil Code. Section 1714 states that the consumption of alcohol, not the furnishing of the beverages, is the proximate cause of injuries that an intoxicated person inflicts on another individual, a position that largely eliminates dram shop liability. The law contains one exception, any adult who serves a visibly intoxicated person under age 21 can be held liable for injuries caused by the intoxicated minor. This law not only applies to drinking establishments, but also applies to individuals, so that a parent is liable if a group of teens is drinking at the parent’s home and one teen later injures or kills someone while driving drunk. Also of note, while the law eliminates civil dram shop liability in the vast majority of cases, the owner of a serving establishment may be subject to criminal misdemeanor charges in cases involving severe drunkenness. In such cases, despite the usual rule that the criminal law is typically focused on punishment instead of compensation, the defendant may be directed to pay damages to an injured victim.

Using the Law to Protect Our Injured Clients
California’s dram shop law is narrow, but still important. It provides a key revenue source for those injured by minors who had been improperly served alcohol by establishments or individuals. When you are injured because of someone else’s actions, especially in the case of catastrophic, life-altering injuries, you need a lawyer who will explore every possible avenue for getting you compensation. Attorney Greg Brod has the knowledge and experience to help his clients recover every cent the law allows, money our team knows is desperately needed when coping with the results of an injury. Call our firm at any of our Northern California locations, including our new injury law offices in San Jose and Santa Rosa as well as our Oakland and San Francisco locations.