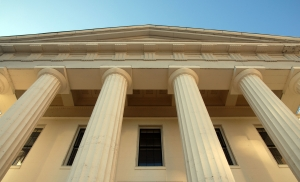 As a DUI injury law firm in Sonoma County, we believe our obligation to represent our clients includes ensuring they understand the legal process.  One of the first things we explain about California DUI injury law is something anyone involved in a legal dispute should know — there are separate legal systems for criminal and civil matters.  Injured parties can file (and win!) civil claims whether or not a criminal charge is filed based on the underlying incident.  Despite the separation, we believe it is helpful for those injured by a drunk driver to understand a bit about criminal DUI charges in California.

The Underlying Laws Against Drinking and Driving

California law contains two broad prohibitions against drunk driving, Vehicle Code 23152(a) and (b).  Section (a) is more general and makes it illegal to drive while under the influence of alcohol.  Section (b) is more specific and prohibits anyone with a blood alcohol concentration of 0.08 or higher from driving in the state.  Notably, this means a person can actually be charged with drunk driving even if their blood alcohol level is below the so-called “legal limit.”  Police often charge drunk drivers with both offenses.  Ultimately, defendants can be convicted of both offenses but they can only receive a punishment for one.

There are several types (or levels) of DUI in California with varying degrees of potential punishments.  The levels are distinguished by several factors including whether there was an accident and/or injury and whether the driver has prior DUI convictions.  Some of the most common types of DUIs include:

An additional note about Ignition Interlock Devices  (“IIDs”) – IIDs are breathalyzers that attach to a car’s ignition.  They require an alcohol-free breath sample to start the vehicle and the driver must periodically re-test while driving.  Currently, a pilot program requires that anyone convicted of a DUI, even first-time offenders, in Alameda, Los Angeles, Sacramento, and Tulare Counties install an IID on all vehicles they own or operate for a period ranging from five months to four years.  This is expected to eventually be expanded to the entire state, although judges in other counties have the option of adding an IID requirement to any DUI sentence and certain higher DUI offenses include mandatory IIDs statewide.

It is worth reiterating – If you are injured or lose a loved one because of a drunk driver, you may have a civil claim regardless of whether the driver is charged with a crime.  Call our drunk driving law firm in Santa Rosa, Sacramento, or San Francisco toll-free at (800) 427-7020.