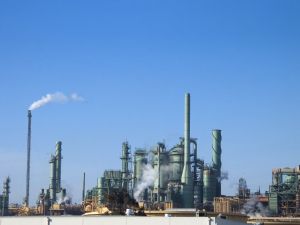 We tend to take the air we breathe for granted, with the vital element of life often characterized as one of the free things in life. But there are few things in life that can be as quickly and pervasively polluted as the air we breathe, and our San Francisco toxic tort attorney Gregory J. Brod is reminded of this fact and how important it is for those who fall ill from the inhalation of polluted air to find experienced legal representation to win the compensation from polluters that the victims of pollution deserve.

The San Francisco Bay Area received an up-close-and-personal reminder of the fact that companies emitting harmful pollutants into the air very much exist in our region when it was announced Tuesday that the Valero Refining Co. agreed to pay more than $300,000 in civil penalties for air quality violations. According the Bay Area Quality Management District as reported in a story in the San Francisco Chronicle, the energy firm was cited for 33 violations in 2011 and 2012 committed at its Benicia refinery. Among the specific violations emanating from the Benicia refinery were those that involved excessive emissions and gas leaks.

In 2013, Valero earned the dubious distinction of being named one of California’s top producers of toxic substances, ranking as the 10th biggest source for chemicals and pollutants in the state, according to a January assessment by the federal Environmental Protection Agency. Within the Bay Area, Valero ranked just behind the ConocoPhillips refinery in Rodeo as the region’s biggest emitter of poisonous substances in the region – the company was linked to the release of 504,472 pounds of toxic substances into the air, water or ground.

However, in a version of the saying, “We’ve seen this act before,” the recently announced penalties against Valero are not the first time the energy company has landed in hot water with the government over pollution and paid a penalty as a result. Indeed, the federal government levied a much bigger penalty against Valero in June 2005 as a result of the emission of harmful substances. In a settlement with the Justice Department and the EPA under the Clean Air Act, Valero was required to pay $5.5 million in penalties and to defray the cost of supplemental environmental projects valued at another $5.5 million in the six states where Valero refineries are located. Once again, among the 14 refineries at the center of the settlement, Valero’s facility in Benicia but also its refinery in Martinez were involved. In the 2005 settlement, Valero was expected to reduce harmful emissions by more than 20,000 tons per year from its 14 refineries, including nitrogen oxide, sulphur dioxide and particulate matter. The federal government also authorized injunctive relief that called for the following goals:

The fact that energy companies and other sources of toxic substances are fined, and sometimes repeatedly, by the government for violations may, in the end, be cold comfort for those who have already fallen ill from the inhalation of harmful emissions. If you or a loved one has become sick due to being exposed to toxic substances, please contact the Brod Law Firm for a free consultation.
-James Ambroff-Tahan contributed to this article.

One Year Later: California Oil & Gas Attorney on the Response to the 2012 Chevron Refinery Fire