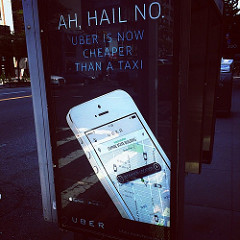 As CBS notes, this is not the first time Uber’s driver vetting process has come into question.  In a settlement that has yet to be approved, Uber agreed to pay $28.5 million to some 25 million riders who used the service between January 1, 2013 and January 31, 2016.  The lawsuits at issue called into question Uber’s “safe ride fee,” alleging that despite collecting such a fee Uber had not adequately screened the service’s drivers.  Uber has released a statement saying no transportation means can truly be 100% safe and pledged to use precise language in its safety-related statements.

The shooting in Kalamazoo is a tragedy and our hearts go out to the victims and their families.  Certainly, we 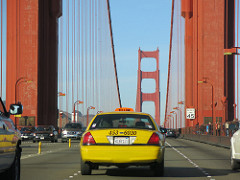 Under California law, taxis, buses, and similar services are deemed “common carriers” which means they must go above and beyond the level of responsibility/accountability expected of other drivers.  California Civil Code 2100 provides:

A carrier of persons for reward must use the utmost care and diligence for their safe carriage, must provide everything necessary for that purpose, and must exercise to that end a reasonable degree of skill.

Further described in the California Civil Jury Instructions 902, Duty of a Common Carrier the law requires that:

While a common carrier does not guarantee the safety of its passengers [or property that it transports], it must use reasonable skill to provide everything necessary for safe transportation, in view of the transportation used and the practical operation of the business.

A Law Firm for People Injured in Taxi, Bus, or Uber Accidents in Northern California

If you are injured in a bus, Uber, or taxi accident in California, you have rights.  These rights may extend beyond the basic rights that apply to anyone injured in a car accident due to someone else’s negligence or wrongdoing.  You may have a claim against the taxi or ride-share company and their insurance carrier.

For those injured in a Northern California taxi crash, our taxi injury law firm in San Francisco, Oakland, and Santa Rosa is here to help.  Call for a free consultation.

(Image of Uber ad by Jason Newport; Image of taxi by torbakhopper)