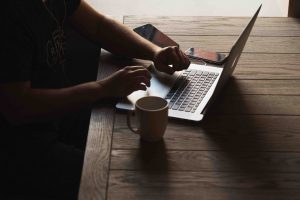 With the rise of the freelancer economy, workers, employers, and lawmakers have all faced questions of who is truly an employee versus and independent contractor. For the past few years, employers have erred on the side of classifying workers as independent contractors. It saves them money since they do not have to offer health insurance, other benefits, or pay taxes on those workers. However, it puts the contractors at a distinct disadvantage since they pay additional taxes and are forced to purchase their own health insurance policies. They also miss out on important employee rights, including workers’ compensation insurance. Not to mention, many freelancers face difficulties saving for retirement without employer-sponsored plans.

This year, a case made its way to the California Supreme Court posing an important question regarding how workers can and should be classified. The court took a worker-friendly approach, which will make it harder for companies to classify workers as independent contractors.

If, under California’s new rule, you believe your employer is misclassifying you as an independent contractor, contact a San Francisco employment attorney at Brod Law Firm.

In Dynamex, the court adopted a stricter standard than California’s previous standard which was established in 1989. Previously, employers utilized a multi-factor test that focused primarily on whether the employer had control over the way a worker performs his or her duties.

Now, California has adopted what is known as the ABC Test. This has also been established in New Jersey and Massachusetts.

In order for a business to classify someone as an independent contractor, the ABC Test requires that business to show:

To be clear, the business must be able to prove all three factors, not one or two of the three. If the employer cannot prove each of these elements, then the worker should be classified as an employee and provided the benefits and protections of an employee under federal and California law.

There are mixed reactions to the new standard. Some applaud the court for applying a more rigid test, which will protect many workers who are being taken advantage of. Others worry that this will ruin the current “gig economy,” which enables many people to earn extra money on the side.

Why This Case Matters

The California Supreme Court ruling changes state law. Starting immediately, employers need to review how they classify their workers. If workers are being mislabeled and the business does not correct the issue, they are violating California employment law. This not only have significant implications for workers right now, it will impact many current court cases. Many lawsuits were put on hold waiting for this decision. Now, the lower courts have a rule to follow in regard to whether a worker is an employee or independent contractor.

Have You Been Misclassified as an Independent Contractor?

If you believe you have been wrongly labeled an independent contractor in California, contact Brod Law Firm today. An experienced employment lawyer will review your situation in regard to the new law and explain your rights and options.