Many people assume that personal injury law is a rather static field; after all, while the mode of injuries may change, injuries themselves are far from a new concept.  Nonetheless, injury law does indeed evolve.  As your San Francisco personal injury law firm, we work to stay informed about new legislation and updated interpretations of existing law.  Earlier this summer, the Supreme Court of California handed down a decision clarifying when a government entity can be held liable for injuries stemming from a dangerous condition of public property.   The ruling is important in itself and as a signal of California’s continued commitment to protecting her people.

Background: The Case & Rulings Below 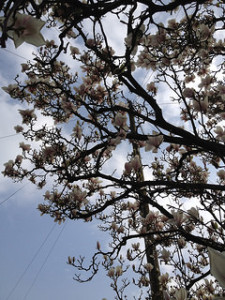 According to the court (decision available online), a woman was driving in Los Angeles when another driver veered into her vehicle.  The woman’s car spun out and crashed into a magnolia tree, one of several planted in the median about seven feet away from the inside lane.  The woman and three passengers, including two of her siblings (identified by the Metropolitan News-Enterprise as between 15 and 19 years old), were killed while a fourth passenger was badly injured.  Police arrested the other driver and he was later convicted of four counts of vehicular manslaughter without malice.

As regular readers of this blog may recall, government bodies are traditionally immune from civil suit. California has waived this immunity via the Government Claims Act (Cal. Gov. Code § 810) which makes public entities and public employees liable for certain torts.  Under specified circumstances, Section 835 renders a public entity liable for injuries caused by a dangerous condition of public property.  The act defines such a condition as one “that creates a substantial (as distinguished from a minor, trivial or insignificant) risk of injury when such property or adjacent property is used with due care in a manner in which it is reasonably foreseeable that it will be used.”

Overruling the trial and appellate courts, the state supreme court found that “nothing in the statute requires plaintiffs to show that the allegedly dangerous condition also caused the third party conduct that precipitated the accident.”  The proper inquiry is whether the condition creates a substantial risk of injury and whether it proximately caused the injuries at issue.  To rephrase, when a dangerous condition and third-party negligence combine to cause injury, the negligence need not stem from the condition itself.  Although there may be cases in which a plaintiff alleges a dangerous condition caused a third-party to act in a way that injured the plaintiff, this case did not rest on such an allegation.  Additionally, the court finds that the fact that an immediately-prior incident (here, the collision between the cars) caused some degree of injury does not relieve the defendants from liability for additional/exacerbated injuries stemming from the dangerous condition (here, the collision with the tree).

Importantly, this decision is by no means a final ruling on the underlying wrongful death case.  The lower courts must now examine the case in light of the state supreme court’s interpretation of the law.

Our Conclusions: Decision Favors Injured Plaintiffs, Experienced Counsel May be Key to Success

In our firm’s opinion, this ruling is a strong affirmation of the existence of a claim, given the proper circumstances, against a public entity for injuries based on a dangerous condition of property.  As the opinion expressly notes, a public entity is not liable to every plaintiff who is injured after someone else’s negligence sends the plaintiff crashing into a fixed object on public land.  Liability only exists if the object is creates a substantial risk of injury to those driving in a reasonable manner.  However, the involvement of a negligent third-party is not an automatic bar to liability.

Unsafe road litigation is likely to involve an intensive inquiry requiring an examination of the site’s history and input from safety experts.  There are also other legal defenses that public entities are likely to assert in these cases.  The complexity of these cases calls for an experienced plaintiffs’ lawyer who understands the law and knows how to work with expert witnesses.  With nearly twenty years’ experience practicing law on behalf of the injured and the grieving, including experience fighting government entities, Attorney Brod has the skills and experience necessary to serve as an effective plaintiffs’ attorney.

If a dangerous road or other dangerous condition of public property caused you injury or caused the death of a close family member, we welcome the opportunity to meet with you at our dangerous roads law firm in San Francisco, Oakland, and Santa Rosa or another location convenient for you.  An initial consultation is free and will allow Attorney Brod to help you understand how the law applies to your unique case.  Call 800-427-7020 or use the form on this page to contact us electronically.