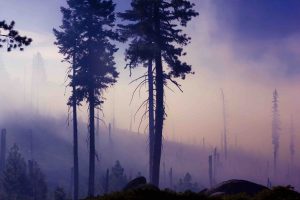 The Rancho Adobe Fire Protection District responded to an accident at Central Landfill near Petaluma on Friday, December 15 around 6 p.m. A truck driver, Ezekiel Jackson Sumner Jr., was struck and killed by his truck. The Sonoma County Sheriff’s Office stated Sumner was found underneath his truck on top of a compost pile at the landfill.

Sumner had been working for a subcontractor of the U.S. Army Corps of Engineers, AshBritt Environmental, removing debris from wildfire sites in Napa, Sonoma, Mendocino, and Lake counties. At the time, he was dropping off debris that he had gathered from wildfire sites and had left the truck idling. Another worker found the truck in gear, which had backed up into its own trailer and pinned Sumner.

The California Highway Patrol, Army Corps of Engineers, and Cal-OSHA are conducting individual investigations into the incident. It has been reported that Ash Britt has violated safety regulations in the past, however it is currently unknown whether any violations took place preceding or during this incident.

Depending on the outcome of an investigation, Sumner’s family may have the right to bring a wrongful death claim. The decision to file a wrongful death claim can be difficult. A lawsuit or insurance settlement will not bring their loved one back, but it can provide a sense of justice and financial security after losing Sumner’s income. If your family is facing a similar situation, contact the experienced San Francisco wrongful death lawyers of Brod Law Firm today.

California law allows only certain family members to file this type of suit. A decedent’s surviving spouse, domestic partner, child, or grandchildren of a deceased child may file a wrongful death claim. If someone is unsure of whether they can file a wrongful death suit, it is best to speak with an attorney instead of assuming one way or another.

During a wrongful death claim, the family members can seek compensation for many financial losses and psychological injuries. The potential economic and non-economic damages may include:

Do You Have Legal Questions After a Loved One’s Death?

If you lost a loved one in an accident, do not hesitate to speak with an attorney. Now may not seem like the right time to think about lawsuits. However, you typically only have two years to file a claim. Once you and your family have had some time to grieve, speaking with a lawyer enables you to begin an independent investigation and determine your rights and options. To learn more about how a wrongful death lawyer can help you, call Brod Law Firm at (800) 427-7020.