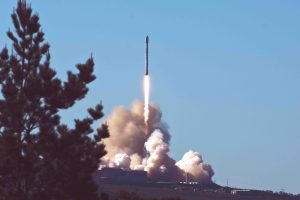 On December 22, SpaceX launched its 18th and final rocket for 2017, known as Falcon 9. The unusual sight in the sky, which many people did not expect, caused curiosity and confusion. In Southern California, it caused drivers on I-10 to slow down and become distracted. Dashboard camera footage shows a white Toyota Corolla being rear-ended by a minivan, which then pushes the Corolla into a Toyota Rav4 SUV. The Corolla and Rav4 spin out of their lane and onto the shoulder of the highway.

While the rocket is a rare sight, driver distraction is not. People become distracted behind the wheel all the time, unfortunately, leading to many accidents, injuries, and fatalities. If you were in a car accident in California and you believe it was caused by the other driver’s distraction or inattention, contact a San Francisco car accident lawyer from Brod Law Firm today. Our experienced attorneys can help you through the insurance claim process, or if necessary, a personal injury lawsuit.

Driving inherently requires multitasking. A driver must pay attention to his or her hands, feet, and vision to ensure they operate a vehicle safely, and his or her mind needs to be on the task of driving. When all of these elements do not fall into place, the risk of a crash increases. The U.S. Centers for Disease Control and Prevention outline three types of distraction: visual, manual, and cognitive.

When visually distracted, a driver’s eyes are off the road. The driver may be looking at an accident on the side of the road, looking at his or her phone, searching for an object in the car, or gazing at the white trail of a rocket in the sky.

Manual distraction means the driver has taken his or her hands off the wheel. This is a common issue with cell phones. However, it is also a problem when drivers eat, drink, read, put on makeup, and do other tasks while driving.

Cognitive distraction is when a person’s eyes and hands are in place, yet his or her mind is not. When a person is busy thinking about something else, whether it is work, family or friendship drama, or anything else, then he or she is not focused enough on the task at hand.

If you were injured in an accident that you believe occurred because the other driver was distracted, contact an experienced and skilled car accident lawyer right away. It can be difficult to prove distraction. You will need your attorney to conduct and independent investigation and gather evidence on your behalf. There may be ways to prove that the other driver was on his o her cell phone, had his or her hands off their wheel, or was simply not paying attention.

You may not need to work too hard to prove distraction specifically. Your overall goal is to prove that the other driver was at fault for the accident, which may include demonstrating that the other driver broke a traffic law. In complex cases, this may require hiring an expert accident reconstructionist to recreate what had to have happened to cause the collision.

Whatever you need in your case to pursue an insurance settlement or jury award, the attorneys of Brod Law Firm are here to help. Call us at (800) 427-7020 to schedule a consultation.